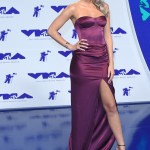 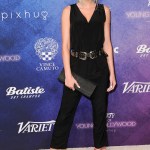 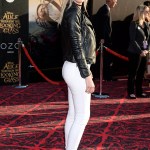 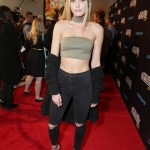 Nearly five months after Alissa Violet and FaZe Banks’ breakup, Alissa has made some shocking accusations about what allegedly went down before the split.

Alissa Violet has accused her ex-boyfriend, FaZe Banks, of cheating on her multiple times while they were together. It started on Dec. 1, when Alissa responded to a tweet that read, ‘How did you find out you were being cheated on?’ She had a very specific answer when she claimed: “I was asleep upstairs with our dogs and he wasn’t next to me so I checked our guest house and caught him naked in bed with a random girl.” In a follow-up tweet, she clarified that it was the “guest wing of the house,” and not the actual guest house.

FaZe did not respond directly to Alissa’s allegations, but he did randomly tweet ‘I love you,’ less than one hour later. Alissa clearly felt that this message was directed to her, and she responded by posting screenshots of their text messages. In the texts, she wrote, “Did you “love me” when you were hooking up with a random who** in our home? Did you “love me” when you snapchatted that girl in Vegas to come f*** you when I was at dinner with you? Did you “love me” when I was in Orlando for my cousin’s wedding and you hooked up with a girl in our bed?” FaZe Banks responded to the texts with: “Dude wtf is this. I always kept my promises.”

i was asleep upstairs with our dogs and he wasn’t next to me so i checked our guest house and caught him naked in bed with a random girl https://t.co/zpuzopWxQF

FaZe only responded on Twitter to one of the accusations (re: the dogs) directly. “I couldn’t take care of them,” he wrote. “I want them to have a good life.” He also then asked Alissa, “Why are we doing this online?” HollywoodLife has not verified any of Alissa’s claims, and we’ve reached out to FaZe for comment.

Alissa and FaZe were together for about two years when they announced their split at the beginning of July. At the time, they had already been broken up for about a month. Alissa did not make public accusations of cheating at the time, but she did hint that there was more to the story that fans didn’t know about. “Everyone handles breakups differently,” she said. “You guys don’t know what happened behind closed doors and I’m doing the best I can to handle everything. I’m still very hurt and upset how this happened. I will always love and care for Ricky.” It’s unclear what led her to be more specific about the issues now.