Pamela Anderson doesn’t miss a beat. The actress showed off her timeless beauty in a white one-piece while on a photo shoot for ‘Maxim’ Australia on November 27!

Pamela Anderson turned back time in new swimsuit photos for Maxim Australia! The Baywatch star, 52, rocked a sultry white one-piece during a photoshoot for the magazine on Wednesday, and she’s never looked better. Pamela, who wore cool aviator shades, was pictured sitting on a boat while holding a champagne glass during the shoot.

In other snaps, the television personality was pictured with her back to the camera, which gave a better glimpse of her stunning white swimsuit. The suit featured an open back with multiple straps and a tie at the neck. She went barefoot on the boat as her blonde, wavy locks laid down her back.

Pamela proved that her beauty is timeless during her work day out on the boat. She showed off her fit physique in her white bathing suit and put her toned arms and legs were on display. Pamela posed for various shots all over the boat and appeared to have worn minimal makeup for the project. 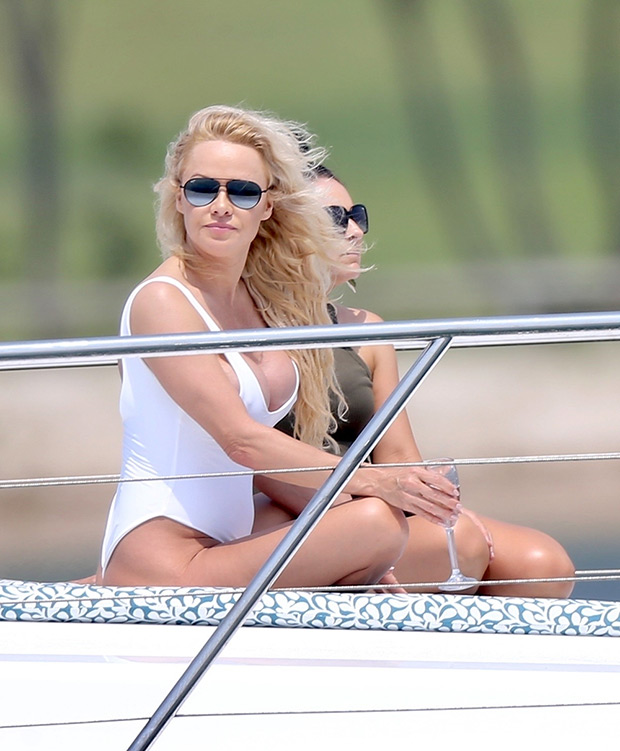 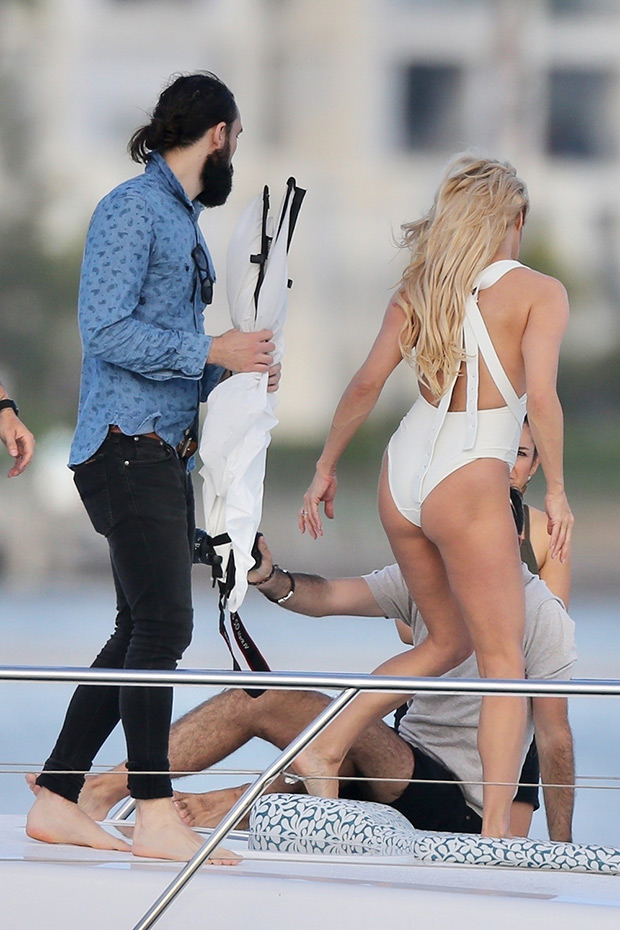 The actress touched down in Australia for her busy work week on November 25. She arrived to the Brisbane airport in a casual white tee and a pair of tight black leggings. She rocked a fresh face with her blonde locks down as she made her way to her gate with her passport in hand.

Pamela initially flew into Australia to film a commercial for roadside assist company Ultra Tune. When she hit the beach on Tuesday to film, she recreated her iconic Baywatch run in a tight black wetsuit. And, we’re officially in awe of her beauty!