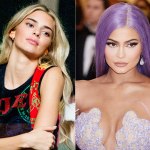 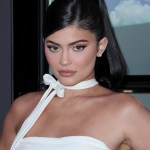 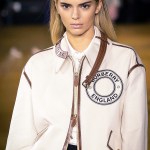 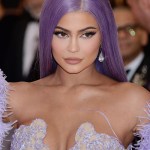 Kylie Jenner turned the heat all the way off when she showed off her long hair in next to nothing on Instagram!

Kylie Jenner, 22, knows how to bring the sexy. She kind of does it on a daily basis on social media so it wasn’t TOO much of a shock when she decided to post a sizzling hot video of her posing in a towel on her Instagram Stories on Nov. 26. The beauty mogul played with her jet black hair while “Heartbreaker” by Kaash Paige, 18, could be heard in the background. She also made a big confession in the caption of the Story by revealing, “Haven’t had my real hair this long since I was 15.” Kylie often rock extensions while out and about which is exactly what she did while attending the Los Angeles Rams game with sister Kendall Jenner, 24, on Nov. 25. It was the best night for the famous siblings, however, as they were booed when their faces appeared on the jumbotron. How rude!

Fans of the mother-of-one loved Kyle putting her real hair on display and let their feelings be known in one of her fan page’s comments section. “I would love to see it styled and in a photo shoot,” one wrote while adding “a natural hair don’t care day.” Another chimed in with “Feels good when it’s all your own!”

Kylie has given fans multiple types of hairdos in the past week alone! She also sported a shoulder length version of it when she partied the night away with her BFF Stassie Karanikolaou, 22, on Nov. 22. It was an extra special night for Stassie as Kylie gifted her with a stunning diamond ring!

Kylie’s social media isn’t always about being sexy and showing off her new hairdos and outfits. She also posts plenty of pics and videos with her adorable daughter Stormi Webster, 1, who has no doubt helped her mommy become one of the ten most followed Instagram accounts in the world!

Stormi behaved extra cutely during a precious bonding moment with Kylie when they both chilled in her crib on Nov. 23. “Hi baby!” the doting mother said in the background of the clip while her little one jumped around. “I love you!”