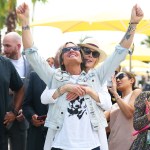 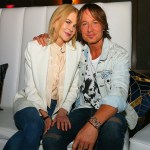 Nicole Kidman went on a ‘Sunday walk’ with none other than Sunday, her 11-year-old daughter! The ‘Big Little Lies’ star labeled their fall outing as ‘happiness’ as the duo strolled through a peaceful park.

Other than Keith Urban shout-outs here and there, Nicole Kidman, 52, keeps her family life relatively private on Instagram. So it was a sweet surprise to see the Big Little Lies star share a photo of her and Keith’s eldest daughter, Sunday Rose, 11, on Nov. 24! Given the day of the week and their daughter’s name, Nicole couldn’t resist some cute wordplay. “Sunday walk with Sunday,” Nicole wrote under the photo, which showed the actress and her daughter taking an autumn afternoon stroll in a leafy park. Nicole matched the fall aesthetic in a black turtleneck and matching jeans, while Sunday strolled on a grassy hill in a sweet purple dress.

Nicole’s hashtags, #MotherDaughter and #Happiness, also warmed our hearts! Nicole is both a devout mother and wife — she most recently supported her husband Keith at the Country Music Association Awards in Nashville, TN on Nov. 13. It was a big night for Keith, who performed his new single “We Were” and was a nominee for the show’s prestigious “Entertainer of the Year” award.

Nicole shares another daughter, Faith, 8, with the country legend. Although the actress mostly keeps Sunday and Faith out of the limelight on Instagram, the HBO star shares a close bond with the girls. The actress even brought Sunday and Faith on a trip to Paris in July, where Sunday celebrated her 11th birthday! Nicole shared a photo of the sisters looking out from the massive Musée d’Orsay clock, writing, “Happy Birthday darling Sunday ❤️.” In March, Nicole also brought Sunday and Faith on the filming set of her new HBO miniseries, The Undoing.

While Nicole is close with her two youngest kids, her relationship with her adopted children Isabella, 26, and Connor, 24, became strained in the years after leaving the Church of Scientology, a decision that she announced in 1997. She split from Bella and Connor’s dad, Tom Cruise, in 2001. “[Isabella and Connor] have made choices to be Scientologists. It’s our job as a parent to always offer unconditional love,” Nicole told The Sun in an interview published on Sept. 21. “It’s not about anything else other than, ‘I’m here to love and support you.’” However, Nicole has been able to mend her relationship with Isabella, whose new clothing line BKC (Bella Kidman Cruise) honors her mother’s maiden name.