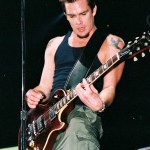 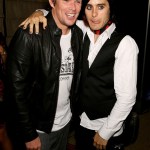 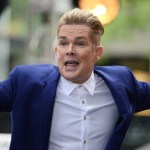 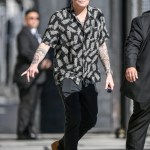 A woman named Cheyenne didn’t want to personally dump her boyfriend, so she hired Sugar Ray’s Mark McGrath do it for her via a Cameo app video. Now the amazing vid has gone viral.

Dumping someone can be so difficult and awkward. A woman named Cheyenne decided she just couldn’t do it one on one with her long distance boyfriend Brayden. Instead, she paid Sugar Ray‘s lead singer Mark McGrath to give the bad news to him via a video from the app Cameo, where stars are paid to deliver personalized shout-outs. It was completely worth the money, as Mark gave what is one of the best break up speeches ever. He let Brayden down with so much heart, wisdom, positivity and understanding, as well as an offer to meet backstage at one of his shows for a “high five!”

“What’s up Brayden? It’s Mark McGrath from the band Sugar Ray…this video was booked by Cheyenne and she wants you to know a few things and this difficult for me to say cause it’s the first one of these I’ve done (breakup videos) but she wants you to you mean a lot to her, you mean the world to her, but she’s having difficulties staying in this long distance relationship,” Mark begins with enthusiasm and heart.

He then offers up a personal view, telling Brayden, “You know it’s tough. I’ve been on the road for years and I’ve been with my wife for a long time. The biggest arguments, the biggest obstacles in our relationship is the distance between us. It makes it very difficult when we’re on the road, and it’s hard. So Cheyenne is trying to let you know Brayden that it’s very very tough for her to stay in this relationship.”

Mark goes on to tell Brayden that Cheyenne still cares about him a lot and “You never know what the future may hold and she still wanted to be friends with you because she cares about you very very much.” Then comes a major OUCH moment as Mark  tells him, “She wants you to know good luck on your thesis coming up. Probably not the best timing Cheyenne, when he’s doing his thesis, but I understand” Mark added as a personal observation.

Mark then gives his own personal encouragement, saying “You’ve gotta work on your thesis and life goes on and I’m sure there’s big this ahead for you Brayden.” He later gives a second OUCH moment when he says that Cheyenne, “Wants you to stay positive, she wants you to be friends and she’s knows you’re a fan of the band Sugar Ray — which I’m honored.” Oof, that’s gotta hurt. “I wish I was delivering you good news. Hopefully I can see you backstage, give you a high-five someday dude and maybe we can laugh about this.” OMG! Cheyenne hired the lead singer of her now ex-BF’s favorite band to do the dumping for her? That’s ice cold!

Mark then tries to cheer up Brayden, telling him with tons of encouragement “Do your best on that thesis. Man I know its tough with the holiday season and relationships and all that stuff, but you’ve got big things ahead of you bro!  If you’re working on a thesis, you’ve got a good life ahead of you.” If anyone ever is at the wrong end of a dumping, Mark McGrath is such a heartwarming and positive person to deliver the bad news.