The American Music Awards can only go UP! from here! Shania Twain, 54, has arrived and she is looking better than ever ahead of her major performance! The pop-country singer wore a silky top with oversized sleeves and a neck scarf, paired with a long black sequin skirt that had a long tulle train. Shania put her hair in a bun on the top of her head with half of her hair down and curled. “I’m really excited. I’m into the vibe of all of this,” she told AMA Red Carpet hosts Jaymes Vaugh and Sofia Carson. “My number is going to be that, exciting and fun and sexy and intimate.”

Shania delivered a medley of her hits at tonight’s AMAs, giving us a little taste of what fans will see at her upcoming Las Vegas residency! For the first time in 16 years, Shania took the stage to sing, but started off with recent hits like “Rockstar” by Post Malone, “Stressed Out” by Twenty-One Pilots, “Shake It Off” by Taylor Swift, and “God’s Plan” by Drake. From there, she went into “You’re Still The One,” delivering an incredible acoustic performance with a sparkling pink guitar while seated in the middle of the stage in a poofy pink dress. She then went into “Any Man Of Mine,” while surrounded by shirtless, two-stepping cowboys! Then she transitioned to her hit “That Don’t Impress Me Much,” and it’s clear she hasn’t aged at all! She finished it off with an EPIC, all-out performance of “I Feel Like A Woman,” proving she is the ultimate QUEEN of music!

Ahead of the show, she teased to USA Today that her performance would be “eight songs altogether, from top to bottom. I’m starting off with a mashup of my favorite current (songs) that are not my own, and that will lead into ‘You’re Still the One.” “I’m going to do that whole section alone, just me, my guitar, and a microphone. Then I’m going to break into a few of my hits that everybody knows and can sing along with. I’m a fan of doing the classics: Those are the moments that bring us all together and I never get bored of that,” she said. Shania’s residency “Let’s Go!” is slated to kick off on December 6 at Zappos Theater at Planet Hollywood Resort & Casino and includes 23 performance dates thus far. 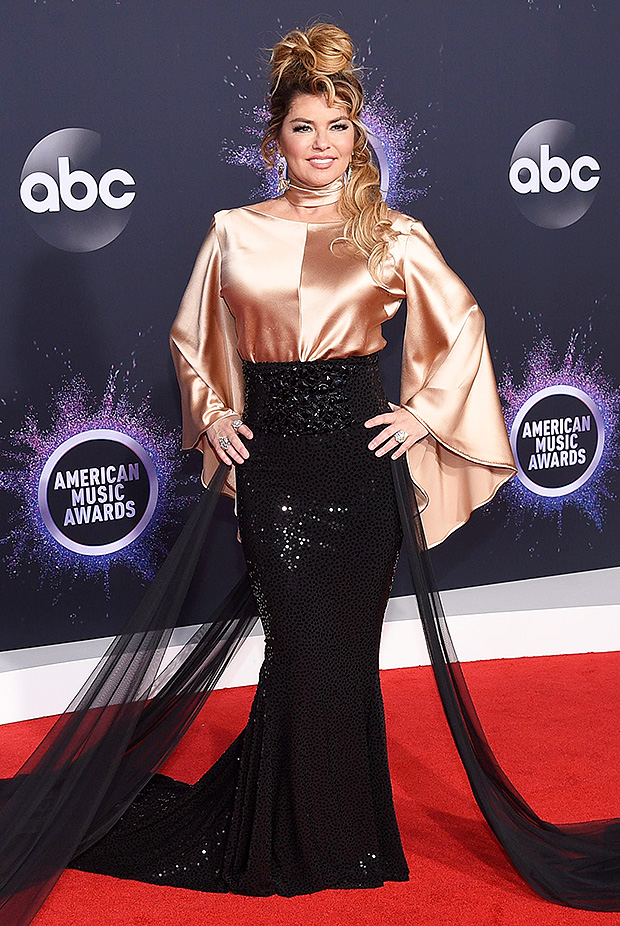 In addition to talking about her upcoming residency, Shania also spoke out against the “ridiculous” fact that Taylor Swift was blocked from performing her own music by her former label, Big Machine. “I don’t know a lot about the details of that, but I’m a big supporter of Taylor. I think she’s just incredibly brilliant,” she added in the USA Today interview. “I haven’t had a chance to talk to her about it and I don’t really know where everybody is coming from, but I’ll always support the artist and their access to their own music. It seems a bit ridiculous to not have that.”

Related: Wizkid: 5 Things About The International Superstar Performing For The First Time At The AMAs