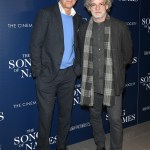 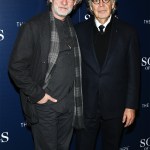 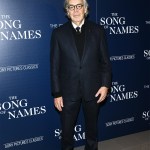 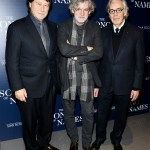 The Song of Names follows childhood friends Martin and Dovidl, played by Tim Roth and Clive Owen. Martin has been haunted throughout his life by the mysterious disappearance of his talented best friend, a Polish Jewish virtuoso violinist named Dovidl, who vanished just before his 1951 London debut concert. When Martin discovers that Dovidl may still be alive, he sets out on a search to find him and figure out why he left. Along the way, he learns the meeting of “The Song of Names,” a moving piece of music that holds the answer to why his brother disappeared.

HollywoodLife talked EXCLUSIVELY with director François Girard about what drew him to the film. “Robert Lantos brought me the script and then I read the script and I was seduced by the characters, the brotherhood, the intimacy, and the big background,” François told HollywoodLife at the Sony Pictures Classics and The Cinema Society’s screening of The Song of Names on Nov. 21. “The script is very faithful in essence and in substance but the actual structure is very different.” He also discussed what stood out about Clive that made him the perfect Dovidl.

“That character needed, for all sorts of reasons, a very charismatic actor,” François continued. “Like, we wait an hour and a half before we get to knock at the door, open the door, and discover him. We’re looking for him for an hour and a half and then we finally find him. So you have to deliver somebody extremely charismatic and the character is a little rough, a little dark, a little closed, so we needed Clive to give him the life that it takes.”

Oscar-winning composer Howard Shore, who composes the score for the film, told HollywoodLife that he signed on because he “really wanted to work with” François. “He’s a great director with music,” Howard said.

Howard also discussed how he went about creating the music for the film. “I always start with the words,” he said. “It was Norman Lebrecht’s novel, Jeffrey Caine’s screenplay, and then Francois’s imagery. But before we even got to the imagery, we probably spent about 2 years working out all of the detail of the on-screen performances. So I spent a lot of time with François discussing and thinking about what we want to use, what parts of these pieces we’ll put in the film, and then I had to write ‘The Song Of Names’ and then the concert scene with three violins in canters so I did all of that. After the film was edited, I had to write the score and record the score.”

The screening took place at the new Regal Essex Crossing in New York City and the after-party was held at the hot new Omar’s La Boite. The Song of Names will be released Dec. 25.