Princess Love may be ready to sever ties with her husband, Ray J. The model, 35, who is pregnant with their second child, revealed that the rapper, 38, blocked her on Instagram, according to a screenshot captured by The Shade Room. The latter comes after Princess accused Ray of leaving her and their 18-month-old daughter Melody “stranded” in Las Vegas on November 17, following BET’s Soul Train Awards.

“Somebody tell Scooty boy he’s only hurting himself 😂😂😂,” Princess allegedly wrote next to a screenshot of Ray J’s account, which she can no longer see. “This is so funny to me.” In response to a fan that wrote, “My future husband would never,” Princess wrote, “Mine either, sis.”

As the estranged couple’s relationship woes continue to play out on social media, Princess tweeted a cryptic message hinting at the end of their relationship. “Time to let go,” she tweeted on November 20. Before that, Princess hadn’t tweeted since late October when she retweeted Love & Hip Hop‘s video of her with Ray and their daughter during happier times. 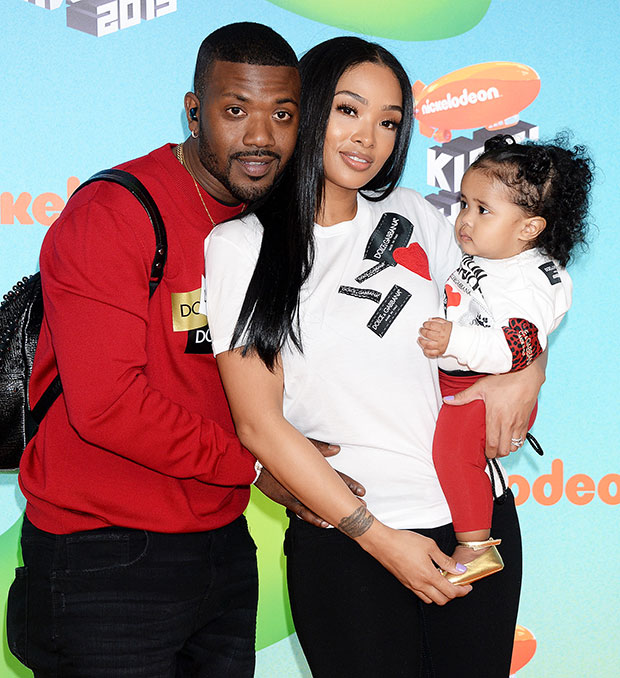 News of the pair’s marriage troubles came earlier this week when Princess accused Ray of leaving her and their child in Sin City after the Soul Train Awards Sunday night — after he shared a family photo of them smiling for the cameras on the red carpet.

“Left me and Melody stranded in Vegas and blocked me from calling,” she wrote, adding, “now you wanna post family photos #ByeUgly.”

Following her accusation, Princess shared a message to Instagram where she admitted that while she was able to leave Vegas on her own terms, she felt uncomfortable doing so on her own with Melody because she is eight months pregnant.

“Yes I can fly home.. I have my own money,” she wrote. “But my car is here and I don’t want to drive back alone with my daughter because I’m over 8 months pregnant and I don’t even want to have to stop for gas or go into labor with all of this human trafficking going on.”

Princess and Ray J dated for four years before they tied the knot in August 2016. The couple welcomed Melody, their first child together, in May 2018. They announced Princess’ second pregnancy in August, and revealed that she’s expecting in January 2020.

In October, Princess and Ray J went all out when they revealed the sex of their baby-to-be, which included a helicopter ride and blue smoke. “Whoa! We’re having a boy! Hey!” Ray announced in a video on social media as blue smoke filled the air. “We’re having a boy!”, he said excitedly from the chopper.

Ray J has not responded to Princess’ accusations. HollywoodLife has reached out to a representative for the rapper.