“I have a date tonight.” Those five words, from an unnamed daughter, set in motion the scenes of “Wanna Wear A Dress,” the new music video from singer Harper Grae. Given a VHS tape from her father, the daughter watches the origin of her parents’ romance unfold: long conversations on analog phones; late nights spent laughing while watching movies on a 13” television set; a romantic proposal, made long before selfies and ‘doing it for the ‘gram’ were a thing. Inspired by her parents’ story, the daughter prepares on what possibly will be the journey of her finding true love. It’s an inspiring tale that diminishes the differences between Boomer/GenXer/Millennial, revealing that love unites us all.

Filmed in a featureless stage, “Wanna Wear A Dress” holds the power of an intimate theatrical production, one that doesn’t relinquish your attention until the final, touching scene. “The ‘Wanna Wear A Dress’ music video was created to shine a light on the differences and similarities dating has garnered with our current generation, while giving a nod to previous generations,” Harper Grae tells HollywoodLife. “The initial and core vision was inspired after I realized how dating in my own life predominantly happened on iPhone apps VS meeting in person. A shift from when I was a teen, but one that is a sign of my time.”

“I collaborated with a brilliant team at Centric Entertainment- from Becky Reiser wearing every hat a producer could wear to Christian Hall’s magical director’s eye behind the lens— they curated a solid team who understood my vision and brought it fully to fruition with passion and hard work,” Harper tells HollywoodLife. “For me, the ‘Wanna Wear A Dress’ music video evokes simplicity and honesty in a raw and authentic visual depiction of two love stories through the generations; which is what we set out to do.” 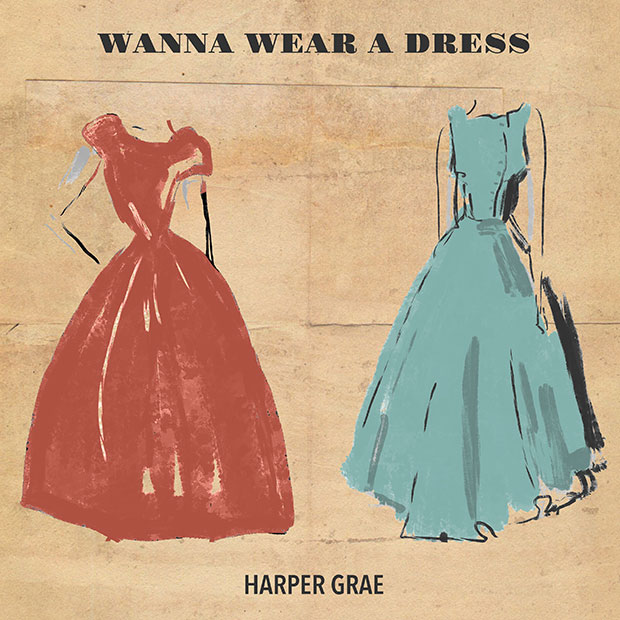 First introduced to mainstream audiences on the second season of Oxygen’s The Glee Project (in which she competed under the name Shanna Henderson,) Grae has since become a fixture in Nashville’s country music scene. She earned the love and respect of fans and critics with songs like “Dear Daddy, “Bloodline,” and “Monster, personal country ballads that did not shy away from her traumatic past. In 2017, she rebranded herself as Harper Grae, her surname an acronym for “God Redeems All Equally.” In 2018, she released the Buck Moon Medleys EP.