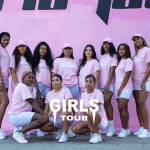 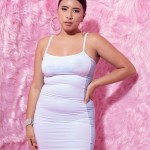 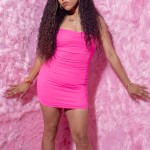 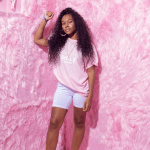 Kylie Jenner’s BFF Heather Sanders has launched an inspiring campaign through her fashion brand, Sorella, & spoke to HL about why it’s so special!

Social media can be a daunting place, and fashion designer and influencer Heather Sanders wanted to make it a safer, more welcoming environment for young women. Through her fashion company, Sorella, which she founded with Brittney Turner, Heather launched the #IAmGirlsTour, inviting her followers to share the causes they support, their passion to give back to their communities, and their love for fashion and entrepreneurship. From there, Heather recruited the top 12 girls to become ambassadors for Sorella and give them her mentorship and guidance to provide them with the tools they need to become leaders in their fields. “We wanted to create something that could motivate inspire women across the globe everywhere we go we wanted to have that girl power energy,” Heather told HollywoodLife.com in an EXCLUSIVE interview about the viral campaign.

The campaign culminated in a major event event and design program hosted by Heather and Brittney at their storefront on Melrose Avenue in LA for the #GirlsTour by Sorella ambassador winners. “First, we were kind of timid but when we actually sat down with the girls it was an unforgettable and special moment that I’ll never forget,” Heather added. “In that moment I felt like I could change the world, or as Tupac once said said ‘At least I could spark the brain that could change the world.’ Looking into those girls’ eyes and the feeling they gave me was priceless; they were intrigued and eager to learn from us. I didn’t know so many people look to me as a mentor or an influencer. I’m grateful.”

One of the #GirlsTour ambassadors is 22-year-old spinal cord injury survivor Justice Campbell, who was told that she wouldn’t be able to walk again, but has beat the odds. There was also Kayla Farley, a young mother who had a baby while trying to become an entrepreneur. She’s now a thriving single mom, makeup artist and model! Heather and Brittney’s #GirlsTour by Sorella program has truly been life-changing for these women — look through the amazing campaign photos to see all the lucky ladies chosen to participate.