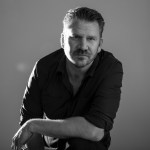 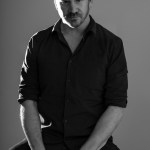 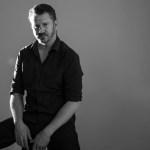 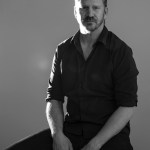 Instead of boasting about being ‘flawless,’ ‘Ray Donovan’ star Dash Mihok, with his band Diz and the Fam, embraced that which makes him stick out on his powerful track, ‘Flawed.’

“When falling in blind / you never get what you hope to find / you’ll never make me / the way you want me,” sings Dash Mihok on “Flawed,” the new song from his group, Diz and the Fam. A profoundly haunting and personal track, “Flawed” spins a tale of someone longing for a place where “a space to be, just to be.” Over the somber tones of a piano, Dash’s beat poet delivers a message against conformity, warning that  “you can’t dye your red flag green / the things you expect never turn out clean.” When joined by Dash’s Ray Donovan co-star Kerris Dorsey, the song takes flight as their voices soar together on the chorus.

While many know Dash for his time opposite Liev Schrieber on Showtimes’ Emmy Award-winning series (which returned on Nov. 17), Dash has cultivated a following with his group, Diz and the Fam. A group that melds organic beat craft, live instrumentation, and hip-hop infused rhyme schemes, Diz and the Fam’s music isn’t shy from confronting socio-political issues. “Now I’m a young man, looking for acceptance / When the raps came and offered me this necklace,” Dash spits on “The Evil That Men Do,” an earlier release.

“Chains to signify, rep your hood, semper fi,” he raps. “Got a job? Never mind, here’s a gun, ever fire? / … The promise of fame, the pride of a man / A war that’ll shame you inside with no plan / Heartland of the hood, your boots will be shaking / When you’re staring at a life that you trained to be taking.”

I’ve got something new for you this Wednesday. #Flawed #DizAndTheFam

Music is more than a passion for Dash. It’s literally therapy. Falling in love with the sound at an early age helped young Dash conquer his Tourette Syndrome. His mother bought him a drum kit at age 7 or 8, and it was as if a light turned on. “Playing drums uses the arms and legs and the brain, which helped get things out of my system,” Dash told Brain&Life. Perfecting the timing of the jumping tics helped him develop a sense of rhythm. “These are the reasons I still make music today.”