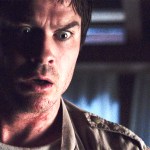 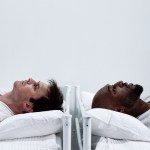 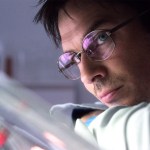 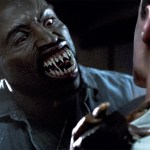 So long, Damon Salvatore. Say hello to Ian Somerhalder’s Dr. Luther Swann. In his new Netflix series ‘V Wars,’ Ian is actually not a vampire. The trailer is full of action and is perfect for all the vampire fans out there.

Ian Somerhalder is ready for a new vampire journey. The Vampire Diaries alum stars as Dr. Luther Swann in the Netflix series V Wars. Swann begins investigating after a series of vampire killings. He discovers that a modified virus has been causing DNA transformations. One victim hits a little too close to home.

Things take a shocking turn when his best friend, Michael Fayne, calls him. “I don’t know what I’ve become,” Fayne tells Swann. He has this mysterious disease that is causing him to feed on other people. Swann vows to help his friend. “I am your brother. Together we will find a cure for this.”

As the disease spreads and more people are transformed, society fractures into opposing camps pitting normal people against the growing number of these vampires. Swann races against time to understand what’s happening, while Fayne rises to become the powerful underground leader of the vampires.

HollywoodLife spoke EXCLUSIVELY with Ian about his exciting new role back in 2018. “While I have immense gratitude for Vampire Diaries and all involved, V-Wars provides a space for everything I couldn’t do on Vampire Diaries,” he told HollywoodLife. “We get to tackle true social issues and intertwine them into a fictional narrative that feels so real. The idea that a biological pathogen kept hidden and dormant is exposed because of rapid climate change and glacial ice melt wreaks havoc on the world is not that far-fetched, unfortunately.”

V Wars is based on Jonathan Maberry’s best-selling books. In addition to Ian, the series also stars Adrian Holmes as Michael Fayne, Jacky Lai as Kaylee Vo, Peter Outerbridge as Calix Niklos, Kyle Breitkopf as Dez, Laura Vandervoot as Mila Dubov, and Kimberly-Sue Murray as Danika Dubov. All 10 episodes will be released Dec. 5 on Netflix.