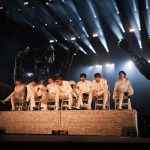 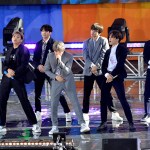 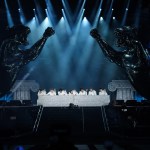 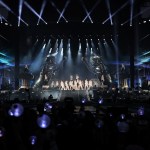 BTS sat down for a very candid interview with Paper Magazine, sharing that at first ‘it was hard’ for them to get along. But overtime, they found some common ground to become hit-making, international superstars!

BTS has broken the internet — well, sort of. All seven members — V, Jungkook, Jimin, Suga, Jin, RM and J-Hope —  of the incredible, international phenomenon sat down for the latest “Break The Internet” edition of Paper Magazine published on Nov. 19, where they got very honest about the band’s early days. “There was a time when we fought each other quite a bit because we all came from different backgrounds and our personalities were so different,” J-Hope shared with the outlet. Jimin reiterated the point, adding, “Because each member was so different, I think it was hard for everyone to understand each other.”

Luckily, the friction didn’t last for long. When the group first started out, they actually lived together, which, they revealed, wasn’t totally easy. “Seven men with different values living together was not easy,” Suga revealed. While it was tough for the men to “focus,” Suga did say that, upon reflecting on their time of cohabitation, that he had “all good memories” of the period where they lived together.

As ARMY members know, BTS was formed in 2010 by the Korean entertainment group Big Hit Entertainment. Following their inception, BTS’s fame rapidly swelled, with fans becoming a major support system for the seven men and sharing their love and admiration for the band. BTS has been simply overwhelmed by the response. “It’s an honor that people around the world love our music and messages,” the group shared together. “It seems like there’s no language barrier. We think that ARMY helped us spread our music across the world. All of this would have not been possible without ARMY.”