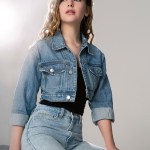 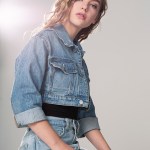 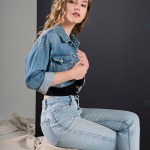 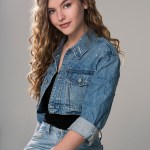 Lyliana Wray is a star on the rise. The ‘Are You Afraid of the Dark?’ reboot just aired its finale and she’s got the ‘Top Gun’ sequel coming up in the new year. She spoke with HL about her ‘AYAOTD?’ experience, her acting inspiration, and so much more.

Lyliana Wray is a name you need to remember. The 14-year-old actress just had her breakthrough role as Rachel Carpenter in the highly-anticipated Are You Afraid of the Dark? reboot that aired on Nickelodeon. The show’s finale aired on Oct. 25. With how the show ended, a second season is totally plausible. HollywoodLife sat down with Lyliana to chat about all things Are You Afraid of the Dark? and she said she’s totally open to returning to the role. “If Nickelodeon decides to pick it up, I’m definitely excited to hear about it and I would love to know more about it,” she told HollywoodLife.

The cast also featured young stars like Jeremy Ray Taylor, Sam Ashe Arnold, and Miya Cech. Even though filming has ended, Lyliana said she still talks to the cast. “We’re kind of all like a family. I feel like we got so lucky with our cast,” she said. The actress admitted her fondest memory from the show was the last day of shooting. Even though it was a “bittersweet moment,” she noted it “was such a great way to end something that everybody’s put so much work into. I think it was kind of this family coming together saying goodbye. It was amazing and special.” The role also pushed her as an actress. “It was one of the biggest, more challenging things that I’ve done,” she continued.

Next year is going to be a big one for Lyliana as well. She will be starring in the upcoming Top Gun: Maverick, which will be released in June 2020. She couldn’t say much — it’s top secret — but she did say the experience was “so incredible and so special. I’m just so honored to be a part of something that’s so loved.” She’s excited about what lies ahead in her future. She told HollywoodLife that she’s planning to “just working on things that will allow me to grow as an actress and challenge me, and hopefully, projects that could possibly change the world.”

As a rising actress in Hollywood, there are scores of incredible actresses to look up but she loves Jennifer Garner. “I love that she shows both sides to herself and she’s not afraid to be vulnerable. Also, she’s such a great mom,” Lyliana said. Lyliana also relayed some key advice for young girls who want to pursue acting. Lyliana stressed that it’s all about “sticking with what you love and don’t give up. The challenging thing is just staying grounded and humble and being true to yourself.” Lyliana embodies all of those things. She noted that after our interview she was just going back home to her nine animals, which include a pot-bellied pig, chickens, cats, dogs, and a horse. Lyliana is a rare find and we can’t wait to see what’s next for her.