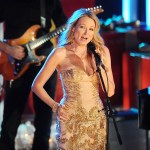 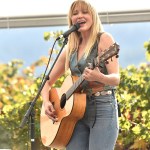 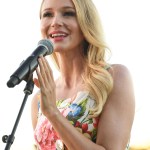 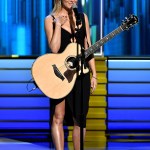 After witnessing the millions of homeless youth in America, singer Jewel was moved to ‘tears.’ She’s returned with her first song since 2015 and tells us why she was ‘inspired’ to write this hopeful message for the downtrodden.

Before she became one of the biggest music icons of the ‘90s, Jewel was homeless, living in her car while trying to scrape by. Though she would find fame and success with 1995’s Pieces Of You, she never forgot the time when she didn’t have a home to call her own. As one of the executive producers of Lost In America, a documentary focused on the issue of homeless youth in America, Jewel was able to lend her perspective to the project. She also lent her voice to the soundtrack. In “No More Tears,” an original song written for the documentary, Jewel delivers a powerful message of hope and resiliency to those trying to find the strength to make it through the night.

“When I started as an executive producer on the documentary Lost In America, there were only guesses as to how many kids were on the street,” Jewell says to HollywoodLife. “Through the course of filming, we have learned there are over 4.2 million homeless youth in America today. 5,000 unaccompanied youth die each year as a result of assault, illness, or suicide. Most kids are on the street because it’s safer on the street than at home.”

“This has been an issue and cause very dear to my heart,” she tells HollywoodLife. “I was so moved as I was working on the documentary, that I was inspired to write a song for the youth I came to know through the process. It was a transformative experience to see the film come together and to write this song and be able to record it.”

Jewel was homeless for a year when she was eighteen. “I started living in my car because a boss withheld my paycheck when I refused his sexual advances,” she said in a statement. “When my car got stolen, things got more difficult from there. The issue of homeless youth is important, misunderstood, and overlooked. … t’s all of our jobs to make sure that there are no more youth that are lost in America.”

“No More Tears” is Jewel’s first song in four years. Fans last heard new music from her in 2015 with her eleventh studio album, Picking Up the Pieces. The song included the collaboration with Dolly Parton, “My Father’s Daughter.”

Fans won’t have to wait much longer for new music. “No More Tears” is the first release on her own label imprint, Words Matter Media, and she’s signed a distribution deal with The Orchard (Sony.) She’s busy writing and recording songs for her next album due for a release in early 2020. Next year will also mark the 25th anniversary of her debut studio album, Pieces of You.