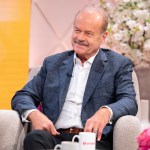 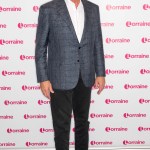 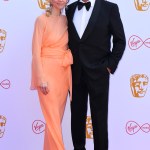 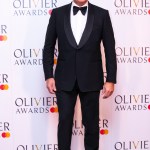 Kelsey Grammer took a shot (or two) at his ex-wife, former ‘RHOBH’ star, Camille in a new interview about ‘overcoming abuse’ in marriage. After he called her ‘pathetic’, the actor recalled the moment he knew he was ‘done’ with their marriage 12 years ago.

Kelsey Grammer opened up about his “tiresome” marriage to his ex, former Real Housewives of Beverly Hills star, Camille Grammer in a rare and candid interview about overcoming abuse in marriage. “Not speaking to any relationships specifically, but what was the point for you where it just clicked, like, ‘This is not for me,'” Graham Bensinger asked Kelsey, 64, on In Depth. That’s when the Frasier star used his third marriage with Camille, 51 as an example.

“My previous marriage, honestly, I don’t really talk about her [Camille] very much because so much of her life is spent talking about me,” Kelsey explained, adding that he finds Camille’s antics to be “sort of pathetic.” Camille and Kelsey were married from 1997 until 2011 and share two kids — daughter Mason, 18, and a 15-year-old son Jude. Camille recently celebrated her one-year wedding anniversary with husband David C. Meyer.

Not going too far into the details, Kelsey said he would “acknowledge one day” in his marriage to Camille, which he noted was the day he knew he would not spend the rest of his life with her. “A month after I had my heart attack, my mother died,” Kelsey recalled. “It’s 12 years ago now. The day of my mother’s funeral, my previous, my third wife basically had an explosion about something and started to tell me, ‘I’m out of this,’ ‘I’m out of here,’ again, ‘I want a divorce,’ which we’d had the same conversation for eight years, and it was tiresome,” he explained.

Kelsey continued, “I realized at that moment that I was done with her… that I was not going to end up in this relationship for much longer and somewhere under a year, I was done.”

The actor went on to gush over his fourth and current wife, 38-year-old Kayte Walsh, who he married in 2011. “We are two individuals who have become a third identity…which is us together,” Kelsey, who described Kayte as the most mature woman he’s ever been with despite her being the youngest, said of their connection. The couple shares a daughter and two sons together.