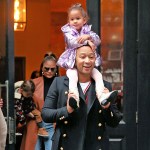 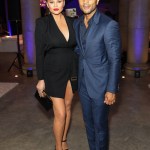 There’s a new SEXIEST MAN ALIVE! Blake Shelton did the honors of announcing the newest inductee during the Nov. 12 episode of ‘The Voice’, and it’s none other than his fellow judge, John Legend!

There’s a whole lot of sexy on The Voice coaches panel! Two years after Blake Shelton was crowned People’s Sexiest Man Alive, John Legend received the honor during 2019. Blake actually announced the news himself during the Nov. 12 episode of The Voice, and gave John a special gift to celebrate the occasion — a pair of denim shorts with ‘VEGOTSMA’ written on the butt. Yes, in just over a year, John completed his EGOT (Emmy, Grammy, Oscar and Tony), while also winning season 16 of The Voice AND becoming the Sexiest Man Alive. NO BIG DEAL.

So, how does John’s wife, Chrissy Teigen, feel about all this? “She’s proud of me,” John admitted. “She makes fun of me almost all of the time, but she hasn’t been snarky about this. She’s like legit proud of me. I finally impressed my wife!” Of course, we’ll hear much more from John when his People Sexiest Man Alive cover is released on Nov. 13 (and out on newsstands Fri. Nov. 15). He will be taking the honor over from Idris Elba, who won in 2018.

The coaches of The Voice certainly have a good track record in the Sexiest Man Alive category. Blake was given the honor in 2017, and former coach, Adam Levine, held the title in 2013. Other recent winners include Dwayne Johnson in 2016, David Beckham in 2015 and Chris Hemsworth in 2014.

Meanwhile, Richard Gere, Brad Pitt, George Clooney and Johnny Depp are the only four guys to have been named Sexiest Man Alive twice, so John still has some big shoes to fill! We can’t wait to see what Chrissy has to inevitably say about this on Twitter later!