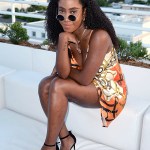 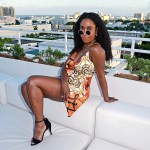 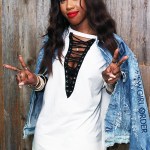 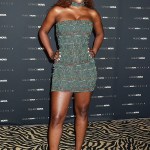 It’s been a hot minute since Sevyn Streeter dropped some new music, but it’s been worth the wait. The R&B singer cranks up the heat in her new ‘WHATCHUSAY,’ which she explains is about the fury of being ghosted by your boo.

Two years after Sevyn Streeter dropped her debut album, Girl Disrupted, it seems that fans are finally getting her sophomore studio album. The 33-year-old Chris Brown protégé released “Yernin” in 2018, but all that did was whet her fans’ appetites. Well, they got themselves a taste on that potential follow-up, Drunken Wordz x Sober Thoughtz, on Nov. 8 when she released “WHATCHUSAY.” The song and accompanying video sees the former TG4, and RichGirl star takes aim at an ex-lover who cruelly bailed on her after she gave them her all.

“’WHATCHUSAY’ is based off all the relationships where you basically hold someone down and then they split out, they dip on you,” Sevyn tells HollywoodLife about her new music. “’WHATCHUSAY’ is finding that inner voice that stands up for yourself and confronts that person that had the audacity to leave you when you did well by them when they were at their worst.”

Consider this the new anthem for women putting their certain f—kboys on blast. “You such a bad liar, why you try?” sings Sevyn at the start of the song. “You tell them whenever you know I’m / Not the type to lose composure over love / But n—- you coulda just told me what it was / So the sex in the kitchen was nothin’ to you? / I look ready to get you the whip and the coupe / All the upgrades and the nights that I stayed up / Prayed up, waitin’ for you /All the nights that we layed, wait up, I’m not your fool.”

Sevyn is nobody’s fool, and after seeing the video for “WHATCHUSAY,” every man will think twice before he thinks about clowning around on her. “It’s an ode to the 90s and the 90s videos that I grew up loving,” she told Vibe. ”The inspiration was Janet Jackson. The video is just my way of speaking my truth and the truth of others who have been through it.”

Drunken Wordz x Sober Thoughtz is reportedly set for release in early 2020. Sevyn gave fans a hint that something was coming on Nov. 5 by scrubbing her Instagram Account of posts. After sharing a teaser with her 1.7 million followers, she followed it with clips from the video. Needless to say, her followers were thrilled at the new music. Welcome back, Sevyn!