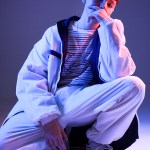 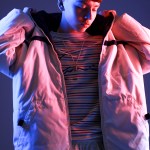 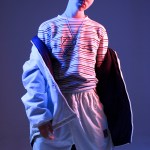 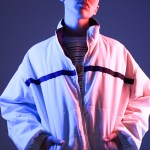 Though he’s more ‘experienced,’ Marteen remains true to himself. The R&B singer talks to us about the ‘longevity’ of his new music, how he connected to Kpop’s NCT 127, and how he’s still just a ‘normal’ guy from the Bay.

Is there anyone smoother than Marteen? Spoiler alert: no. It’s been a year since he released his NOTHANKYOU EP, and since then, the Bay Area artist has done a lot of living. He’s put a lot of miles under his feet, had his heart broken, and became a sensation overseas in Korea. Despite all that, he remains undoubtedly the chillest in the room. The confidence Marteen radiated while speaking with HollywoodLife in 2018 remains steadfast a year later, right as he released his new mixtape, 8.

Though a late entry, it wouldn’t be surprising to see it towards the top of many “Best Of 2019” lists. Hypnotic from the opening beats of the first song, the title track, 8 sees Marteen build on his brand of honest R&B. Marteen shines on this record, and his light is amplified when recruiting his friends. He and G-Eazy offer their take on a ‘90s R&B hit with “Freak,” Sage The Gemini helps keep it real on “Turned Off,” and NCT 127’s TAEYONG helps keep it light on “Mood.”

Marteen sat down with HollywoodLife to chat about this new release tape. He also spoke about his controversial haircut (“People get it a lot more now”), how a kid from the Bay Area blew up in Korea, and the advice he has for his 2020 self.

HollywoodLife: You’ve dropped a new mixtape. It’s called 8. It has 10 tracks. So, what’s the story behind the name?

The meaning behind the project — there’s a lot of special meaning to me, but it’s my favorite number. It’s my lucky number. But, the main reason why I called it 8 is because I love when it turns to the side. It’s the infinity sign, and when I put this music out, it’s here forever. Anything I do, I just want it to last forever. You know what I’m saying? The impact I want to have, I want it to last forever. That’s kind of the gist – also, just the longevity I want to have in the industry.

Did the idea of this album being “out here forever and ever” put any pressure on you making it?

Honestly, I didn’t really come up with the title until I made the song, the title track 8 and that kind of just made me want to make the whole project called that just because of the meaning-

It just snapped into place?

Yeah. I was making a bunch of songs, just pumping out songs, and then I chose my favorites, and I really like what it is now.

One of the songs off of 8 that you released last week was “Freak.” First off, kudos on the Adina Howard reference.

It was a pleasant surprise. It’s a bit obscure, so how did you find out about that song?

My pops. My whole family is really into old school R&B ’90s and just all that cool shit. And I just felt like it would be cool to put some of it into like some new songs and just kind of flip it.

You’ve added your own spin to it, and you have G-Eazy on the track. How’d that collab happen?

That’s my big bro. I met him a couple of years back, backstage at a show and ever since then we’ve been following each other. We’ve seen each other a couple times since then. He showed love, and honestly, I just hit him up, and I was like, “I want you on this. I feel like you’d be super tight on this.” And he was down.

He does seem like he’s always available to help out a fellow Bay area rapper.

It’s really cool. I’m definitely inspired by him, so it’s cool to be able to make a track for the soil.

Are you guys going to shoot a video for it? Is that in the works?

Yeah, thinking about it for sure.

I just saw your video for “Turned Off” with Sage The Gemini. I liked the juxtaposition of the scenes in real life and those with you guys against the yellow background. How was filming that?

It was super cool. Sage is another one that was super cool to get on the project just because I’ve always messed with his music, and obviously him being from the Bay too. It’s super cool to get them on that. It just came together. We shot it with these directors from Chicago. They’re super dope. They’re called Stripmall. They do a lot of VFX. So I don’t know if you saw, I was like on top of a skyscraper. That one was really fun to shoot. It was some green screen and some different cool shots so.

Have you thought about directing your own videos? How heavily involved are you in the visuals of your video?

I’m definitely involved in it. I’ve done most of my videos with one director, but this one we’re starting to kind of branch out, and I’m super open to other people directing my videos. Maybe one day I help direct it, but I feel like I kind of like putting trust in somebody else for that and just kind of being, okay-ing different things and stuff like that. But I’m definitely a part of the process. Yeah.

Do you find that your creativity flourishes when you connect with the collaborators?

Yeah, definitely. I definitely think about the vibe whenever we do videos, of the song and what makes sense to me, in my head.

Speaking of collaborating, you have Tayong on one of your songs, and you appeared on NCT 217’s “What We Talkin About.” I have to ask, does this officially make you a member?

Maybe. It’s so cool the amount of love that I’ve gotten from not only Korea but also NCT and Taeyong, I just thought it would be super tight to reach out and get him on the project.

How did that whole journey happen?

Total fluke. Totally random, I had no clue. My song “Sriracha,” started blowing up out there on their version of Spotify called Melon. From there, things were just happening. It was on a TV show and then, because the song is so big, maybe that’s how Taeyong found out about it. And then he danced to one of my songs, “We Cool,” on a V-live or a live chat, and then that’s how I found out about NCT. It kind of all just connected, and they wanted to get in the studio. I never would have expected a whole other country that I hadn’t even been to at the time to really take hold of it and show so much love.

Have you gone over to Korea?

Crazy. Never experienced that much [love] at once. [laughs] It was super dope. It was super dope! People were waiting at the airport, didn’t even know when I was going to come in. They are so nice. They all give gifts, they’re hella sweet and hella respectful too. Didn’t expect it at all. I’m going to go back again.

What can you tell us about the collaboration with Taeyong? And since you’re from the Bay, are you going to call it “Bay-Pop?”

Hell yeah. Bay-Pop. It’s Bay-Pop. I’ll make that a thing. That track specifically is more upbeat. It’s really fun. It’s called “Mood.” It’s just about not letting anything mess up your mood and stress you out. It’s kind of a positive, upbeat record. I thought he would sound tight on it.

You spoke with us in 2018, back when people were giving you flak for your hair. Your look is a little shaggier now, but it’s still distinctively you. Have people chilled out over your look, or do you still get some blowback over your blowout?

It’s interesting. People get it a lot more now. I think around the time I did it, it was definitely a newer thing. Like not a lot of people were doing the hairstyle. So people are kind of shook by what they’re not used to. You know what I’m saying? So, but now I’ve seen a lot more people start to do this haircut, and I see it like malls and stuff, it kind of makes me laugh.

The other traditional question would be, ‘what would you say is the biggest difference between Marteen 2019 and Marteen 2018?’

I’ve been through a lot more life, you know? I was in my first real relationship, and I went through a heartbreak through that relationship. Just being 18. I’ve just done more and experienced more, traveled more, went to Korea, went to Indonesia, went to Europe a little bit. Just feel like I’m a little more experienced.

Growing up is hard for everything. But, you’re a guy with over 100k Instagram followers and a whole nation waiting for you to come back. Do you feel any added pressure from the spotlight, or do you still feel like a normal guy from California?

I feel normal. I mean honestly, I just felt blessed to have the opportunity, you know? I feel like it was rare that somebody like me from the Bay, where it’s kind of hard to come out of, got all the opportunities I got and really just the stars aligning.

Why do you say it’s hard from someone from the Bay to get those opportunities?

I mean, you really got to move out the Bay. I feel like you kind of got to go to LA and, I don’t know, some people kind of just never, come out or try to reach their full potential all the time. But yeah, I don’t know.

Your success is going to open doors for the next wave who will see you and go, ‘I can do that.’

I think so. I hope so. I have a lot of friends that do music in the Bay that I think are super talented that definitely have the potential to do, to be huge, you know?

Who should we check out?

There are a couple of kids my age that rap. There’s this kid named Ajai. He super dope. And Jwalt. They both rap.

Since we’re going to talk in a year from now, what do you want to say to your 2020 self?

To my 2020 self? Just keep being patient and doing you, and everything will follow.