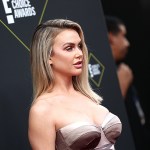 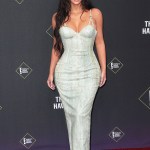 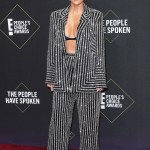 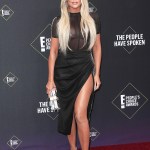 Kelsea Ballerini rocked the house with her new song while looking absolutely amazing at the People’s Choice Awards.

Kelsea Ballerini, 26, began her night by arriving in style at the PCA’s looking pretty in pink! The country cutie was all party up top with a ton of tulle that she paired with a matching skirt which had an extra sparkly layer to it. The ensemble showed a ton of skin that highlighted her toned tummy and amazing physique. Kelsea accessorized the look with a pair of sparkly earrings as she made her way down the star-studded red carpet.

It was a very exciting night for the “Yeah Boy” singer! She was nominated for Top Country Artist against some stiff competition like Carrie Underwood, 36, and Thomas Rhett, 29, but they all lost to crooner Blake Shelton, 43.  Not only was Kelsea up for an honor but she also performed during the big event! Blake was the one to introduce her before she rocked the stage with her brand new song “Club.” Kelsea, who kept the pink theme going in another fabulous ensemble, was flanked by a bunch of amazing female backup dancers while she belted out her groovy track.

Kelsea teased her performance of “Club” on the E! red carpet where she admitted to the one thing she does about 30 seconds before she goes on stage: take a tequila shot! She also talked about doing a lot of vocal warmups, but we think downing one before singing your heart out is much more interesting.

Kelsea has becoming one of the biggest country stars to emerge in the 2010 decade. She’s put out hit after hit since releasing her debut self-titled EP in 2014 including “Peter Pan” which went to number one on the Billboard Country Charts. She’s also become a fashion staple at many award show ceremonies, most recently at the CMT Awards in June where she wore a revealing white number.