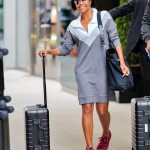 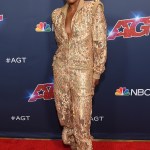 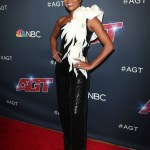 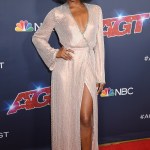 Kaavia Union Wade turned one this week, which resulted in some adorable content on her and her mom, Gabrielle Union’s, Instagram pages. So, naturally, the mom/daughter duo are our Instagram Queens of the Week!

It was an exciting week in the Union/Wade household — Kaavia James turned one-year-old on Nov. 7. Gabrielle Union kicked off the week by sharing a series of photos of Kaavia in a Melanin Drop shirt. In one pic, she’s sitting outside with her mama, and in the others, she’s showing off her personality for the cameras by making a series of different faces in each image. Kaavia is known for her hilarious expressions, and these pictures truly captured the essence of the adorable little girl.

On Kaavia’s actual birthday, Gabrielle posted the sweetest photo of her little girl exploring outside. Kaavia is wearing a denim dress and pink sneakers in th pink, and looks so happy as she walks on the sidewalk. Of course, Gab included a message with the post. “To say this lil nugget came into our lives and changed everything would be an understatement,” she gushed. “Kaavia James has been such a gift and blessing to our family and literally everyone she mets. Y’all I’m still in shock she’s even here much less walking, talking swimming and eating bacon!”

Later, she posted a gallery of photos of herself, husband, Dwyane Wade, and Kaavia over the past year. In the caption, she admitted to being so “scared” of becoming a mom, but was inspired by Kaavia to “let go” of her fears. “1 year in and your whole village stays smiling,” the actress concluded. “The amily you know and all the cyber aunties and uncles you may never meet, we celebrate you.”

BABY TURNS 1!! 🥳🎊🎉 👼🏾 To say this lil nugget came into our lives and changed everything, would be an understatement. @kaaviajames has been such a gift and blessing to our family and literally everyone she meets. Yall, I'm still in shock she's even here much less walking, talking, swimming and eating bacon! ❤❤❤❤❤❤❤❤❤❤❤❤❤❤❤❤

Kaavia also visited her mom on the set of her show, LA’s Finest, and Gabrielle shared a sweet selfie of the pair looking right at the camera. “Thank God, cuz I was about to crumble missing her Birthday cuz i’m filming,” she wrote. “Her smile makes everything golden.”

@kaaviajames blessed the set of @lasfinesttv and thank God, cuz I was about to crumble missing her Birthday cuz I'm filming. Her smile makes everything golden. 👼🏾🤗❤🎉🥳🎊 #MamaGotAWigOnAgain

Meanwhile, Gabrielle and Dwyane continued to post updates to Kaavia’s own Instagram page, as well. In one shot, she’s sitting in her high chair and glaring into the camera lens, while feeding herself some meat. Another photo shows in a series of different images, in honor of her first birthday. It’s safe to say that Gabrielle and Kaavia are more than deserving of her Instagram Queen of the Week title!