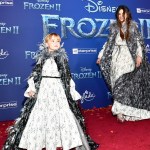 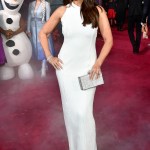 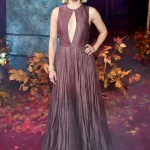 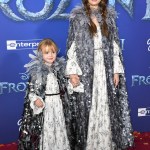 Selena Gomez’s plus-one at the ‘Frozen II’ premiere was beyond adorable: her little sister, Gracie! They even got in the Disney spirit with hairstyles inspired by Anna and Elsa, along with outfits that paid homage to the frosty kingdom of Arendelle.

There were two adorable sisters at the Frozen II world premiere in Los Angeles on Nov. 7, and we’re not talking about Elsa and Anna! Selena Gomez, 27, walked with her little sister Gracie Teefey, 6, on the red carpet at LA’s Dolby Theatre, and it was a precious sight. The sisters matched in long floral prairie dresses (suitable princess attire) with cloaks embellished with grey sequins and feathers. The Norwegian outfits paid tribute to Arendelle, the fictional kingdom in Frozen inspired by the European country! Selena and Gracie’s homage to the animated movie didn’t end there, since the duo also wore their hair in braids: Selena styled hers into two fishtail braids a la Princess Anna, while Gracie wore her red hair in one long braid, much like Queen Elsa. Selena and Gracie took the twinning a step further by wearing Pandora Jewelry’s Sparkle Hearts Hoop Earrings and Princess Wish Ring!

Gracie proudly posed for photographers, much to Selena’s amusement. The sisters also shared a sweet moment by holding hands while showing off their coordinating outfits. Selena and Gracie shared the red carpet with many more celebrities, including the two stars of the movie themselves — Idina Menzel, 48 (voice actress of Elsa) and Kristen Bell, 39 (voice actress of Anna)! Like Selena, there were many big names who just showed up as fans, such as Descendants star Sofia Carson, The Real Housewives of Beverly Hills star Teddi Jo Mellencamp, and couple Evan Ross and Ashlee Simpson. Each celebrity’s red carpet outfit deserved its own shout-out — Evan Rachel Woods’ ballgown was fit for a fairy tale — and you can see all the premiere fashion in HollywoodLife’s gallery above!

It’s wonderful to see Selena and Gracie together again! The sisters share the same mother, Mandy Teefey, who welcomed Gracie with her new husband Brian Teefey in June of 2013. Selena shared her first photo of baby Gracie the next month, whom she held by her backup dancers amid the Disney alum’s first concert tour, Stars Dance Tour. Selena has another half-sister, Victoria Gomez, 5, from her dad’s side.

Frozen II won’t hit theaters until Nov. 22. Until then, you can watch the action-packed trailer that dropped on Sept. 23, or enjoy the Frozen stars dress up as their characters for a skit on The Late Late Show with James Corden. It has been six years since Frozen stole fans’ hearts in theaters, and the next installment of the movie follows Anna, Elsa, Kristoff, Olaf and Sven as they venture into the mysterious Enchanted Forest to learn the truth about Arendelle.