King of the cryptic quotes Ronnie Ortiz-Magro is back at it again. As he’s in a legal fight with baby mama Jen Harley following his domestic violence arrest, he posed about how ‘I treat you how you treat me.’

UPDATE (11/8/19, 5:14 p.m. ET): While appearing in a Los Angeles court on Nov. 8, Ronnie Ortiz-Magro pleaded not guilty to the charges against him in connection to his arrest for an alleged domestic violence incident involving his ex, Jen Harley, on Oct. 4, according to Page Six. He was answering to seven misdemeanors, the outlet added: “domestic violence, child endangerment, brandishing a weapon, criminal threats, false imprisonment and two counts of resisting arrest.”

ORIGINAL: If Khloe Kardashian is the queen of the cryptic Instagram quotes, then Ronnie Ortiz-Margo is without a doubt the king. He’s constantly sharing cryptic messages that reflect what he’s going through. Currently the 33-year-old is facing five misdemeanor charges after he was arrested on Oct. 4 in a domestic violence incident with longtime girlfriend, Jen Harley, 31, and their 18-month-old daughter, Ariana Sky. He shared a quote in an Instagram story on Nov. 6 that read, “First I treat you how I want to be treated. And then I treat you how you treat me.” Care to explain Ronnie?

He seemed to be in a more upbeat mood the following day, sharing the inspirational affirmation: “At some point you have to let go of what you think should happen and live in what is happening. Every moment matters. Wherever you are, be all there. Enjoy it all. The point of power is always in the present moment,” he included in a Nov. 7 IG story.

Ronnie could face up to a year in prison for his alleged attack on Jen in a rented AirBnB in the Hollywood Hills. The on-again, off-again couple were very much “on” when they attended an event on Oct. 3, where Ronnie told HollywoodLife EXCLUSIVELY that things were going really well for the pair and that he had a “strong love” for Jen. The two were also photographed packing on PDA at the event. And then things unravelled just hours later after yet another blowout fight. 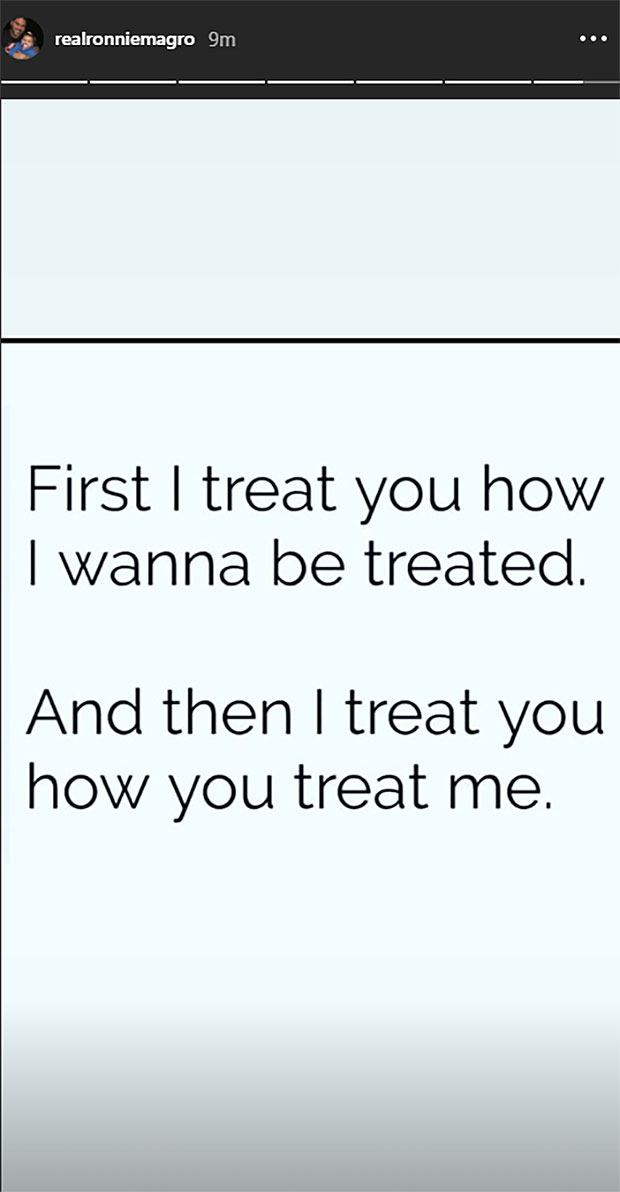 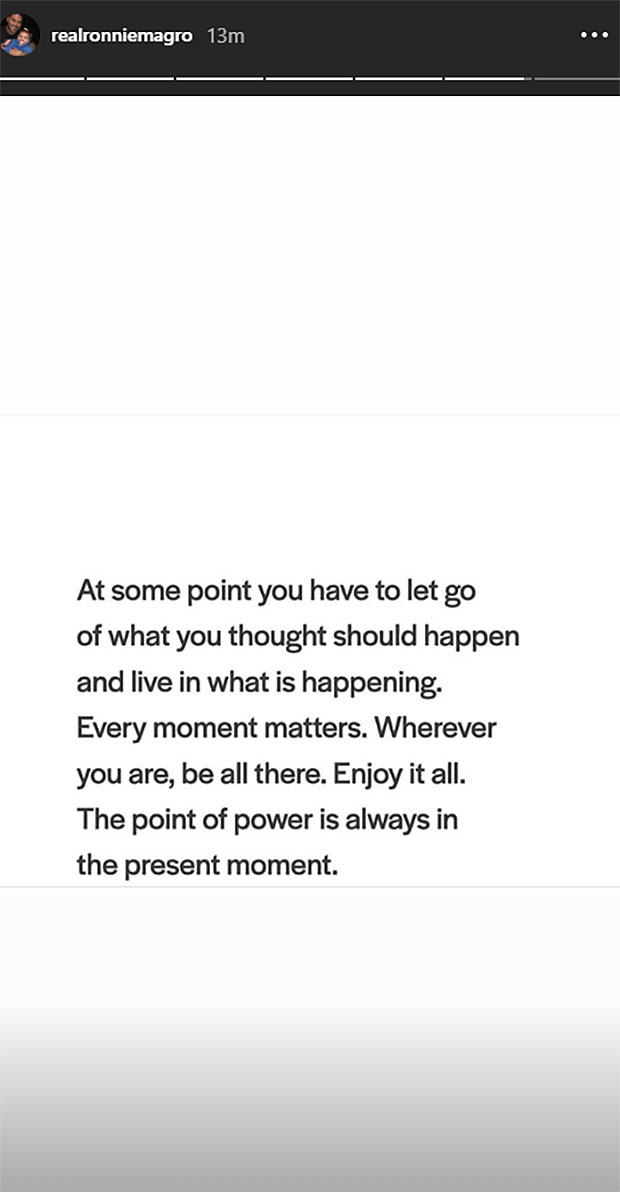 The Jersey Shore star was taken into custody by the LAPD after allegedly punching and slapping Jen, chasing her with a knife while he allegedly held their daughter in one arm, locking himself inside his AirBnB with Ariana, and eventually being tased by police. Jen had originally fled the home with Ariana and begged for neighbors to help, with one of them calling 911. Ronnie originally faced felony kidnapping charges, but the L.A. City Attorney’s Office hit him with five misdemeanors instead. Jen got a protection order against Ronnie and was later photographed out and about with large bruises on her shoulder and back.