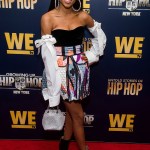 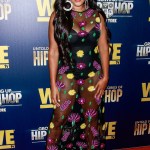 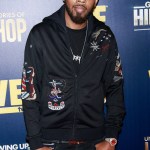 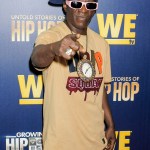 Things could be getting even hotter on ‘Growing Up Hip Hop: New York.’ In an EXCLUSIVE clip from the Nov. 7 episode, Will confesses that he wants to ‘see what the vibe is’ with Madina.

Relationships are growing a lot closer on Growing Up Hip Hop: New York, and the latest EXCLUSIVE preview of tonight’s Nov. 7 episode features a potential pairing that the cast didn’t even see coming! As the guys are playing pool, Will‘s shirt becomes a major topic of conversation. “Who you getting dressed for, man?” Will, who’s been a supporting cast member thus far, is asked. The answer floors everyone: “Madina [Milana],” he replies. The eyes of all the guys widen and their jaws totally drop. But the context quickly becomes clear, as a flashback clip highlights the pair meeting up at a party and posing next to each other during a quick pic.

There is, however, a little snag in Will’s romantic plans. “I ain’t ask her yet.” Although his silk blue shirt makes Will look dressed to impress, he has yet to officially ask Madina out. But the other guys also have some questions for Will about his romantic pursuits. “What’s the age difference there?” Will, however, totally shrugs off the question, replying “I don’t know how old she is, I ain’t ask her that.” For Will, though, it seems like the age difference is just a minor detail, as he tells the camera he wants to ‘see what the vibe is’ after having drinks with her.

The synopsis reads: “All hell breaks loose when Madina and Vina show up at Da’Zyna’s video shoot with a vengeance. Meanwhile, Will wants to sleep with the enemy. Ryan flips out when Fat Joe cuts him off. ODB’s death resurfaces and strikes a painful chord with his kids.” Growing Up Hip Hop: New York‘s next episode debuts Thursday, November 7th at 9/8C.