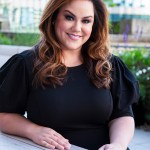 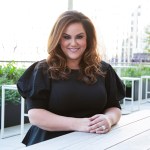 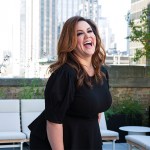 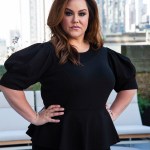 Katy Mixon’s hit show ‘American Housewife’ is in its fourth season, and the star spoke to HollywoodLife about her character’s developing storyline!

If you need a good laugh, American Housewife is the show for you! Katy Mixon thrives as the leading lady and matriarch of the Otto family, who tries to navigate her three children through life in the privileged town of Westport, Connecticut. As the ABC series continues to be met with rave reviews in the midst of its fourth season, Katy Mixon visited HollywoodLife.com to discuss what is going on with Katy Otto — especially as her children become more independent! “This fourth season, we’re diving in. The writers are so wonderful, and they’re trying to find Katy Otto’s purpose,” she said in an EXCLUSIVE interview with HollywoodLife.com. “Katy’s in a different situation because her kids are not babies anymore. They’re growing up, and they don’t need her as much, so she’s like, ‘What’s my passion?'”

Earlier this season, Katy went all Beyoncé “Lemonade” on an ice sculpture when quitting her demanding event planning job. Since, she has taken to cooking, which Mixon revealed has opened up her eyes to a potential career path. “She didn’t really care for doing the whole event planning. She had to answer to somebody, so now now she’s enjoying lasagna, and she’s baking it out of her home, and she is making it for all of Westport,” the actress explained. “She is beginning to start her home business and she’s coming alive.”

While Katy has started to work on reviving her career, she is also adjusting her approach to motherhood as her children grow up. “It’s really turbulent, especially with Taylor (Meg Donnelly), because she is finding her way,” Mixon said. “Katy Otto’s finding her way to how to be a mommy to her, and she doesn’t want her to make the same mistakes she made, but she also doesn’t want to be overbearing, but she wants to be her friend. It’s real. It’s a real dynamic, that relationship.”

As Katy battles her own internal insecurities among the woman of Westport, Mixon revealed her realistic and beautiful hopes for her children as they begin to set out on their own. “I want hem to have an inner confidence, and for them to be able to go into any situation and handle it. I want them to succeed — succeeding in the sense of them marching to the beat of their own drum,” she explained. “I think that Katy has to get out of the way a lot. She’s going back and forth, just being a mommy. They have to handle it. They’ve got to find it.”

Be sure to tune in to American Housewife every Friday at 8:00 PM ET on ABC!