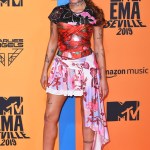 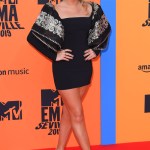 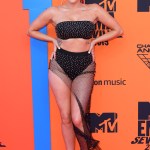 Niall Horan had all of Spain on their feet during his incredible performance of ‘Nice To Meet Ya’ at the MTV Europe Music Awards on Nov. 3.

Viewers of the MTV Europe Music Awards on Nov. 3 were treated to a spectacular performance by Niall Horan, who took the stage in black pants and a cream-colored jacket to sing his latest hit, “Nice To Meet Ya”. The room was dark, the lights were bright, and all eyes were on the former One Direction singer, as he entertained the audience with his sexy hip thrusts and killer vocals. It was actually the first time Niall ever performed his new song on live TV, and we’re so glad he did because it’s one of our favorite songs of 2019.

Niall’s performance was also a favorite of fans online. After he ended his time on stage with a kiss — yes, a kiss to the camera — fans flocked to Twitter to share their excitement. One fan in particular tweeted, “this performance was the best thing I saw today niall got so much better, the guitar, the voice, the clothes were so perfect that I think I’m still dreaming,” and another said, “THE CROWD IS REACTING SO WELL THIS IS SUCH A PERFECT SONG FOR SHOWS I’M SO PROUD OF NIALL.”

This year’s awards show took place on Nov. 3 at the FIBES Conference and Exhibition Centre in Seville, Spain. Becky G hosted and other performers included Halsey, Rosalia, Becky G, Ava Max and Mabel Will. Ariana Grande topped the list of nominations with seven in total, including best artist, best song, best video, best pop and best live. She was followed by Shawn Mendes, Lil Nas X, and Billie Eilish with six nominations each. And they were followed by J Balvin with five and Taylor Swift and Lizzo each earning four. To see the full list of winners, click here.