Halloween 2019 theme: Celebrities dressing up as other celebrities. Safaree Samuels and Erica Mena are the latest couple to recreate an iconic look by another celebrity duo for Halloween this year. The rapper and television personality dressed as Kim Kardashian and Kanye West from the 2013 Met Gala in photos Safaree shared on Instagram on Thursday — [SEEN HERE] [AND HERE]. The theme of the annual ball that year was PUNK: Chaos to Couture.

Kim, who was pregnant and in her third trimester at the time, wore a long sleeve floral Givenchy by Riccardo Tisci gown with a thigh-high slit. The dress ended up trending that year, and was the subject of viral memes comparing the floral  pattern to a couch. Meanwhile, Ye let his then-girlfriend’s ensemble do all the talking, and dressed in a simple black suit with a white undershirt.

Safaree and Erica, who is pregnant with the couple’s first child, nailed their rendition of Kimye’s 2013 red carpet look. Erica showed off her baby bump in a similar floral creation by Dallas, Texas designer Kimi Kouture. She emulated Kim’s glam with a red lip, minimal dark eye-makeup and a silky straight, low ponytail. Erica even rocked floral gloves just like Kim did at the Met in 2013. Erica’s hair and makeup were courtesy of Zuzu and Rebecca Lee. 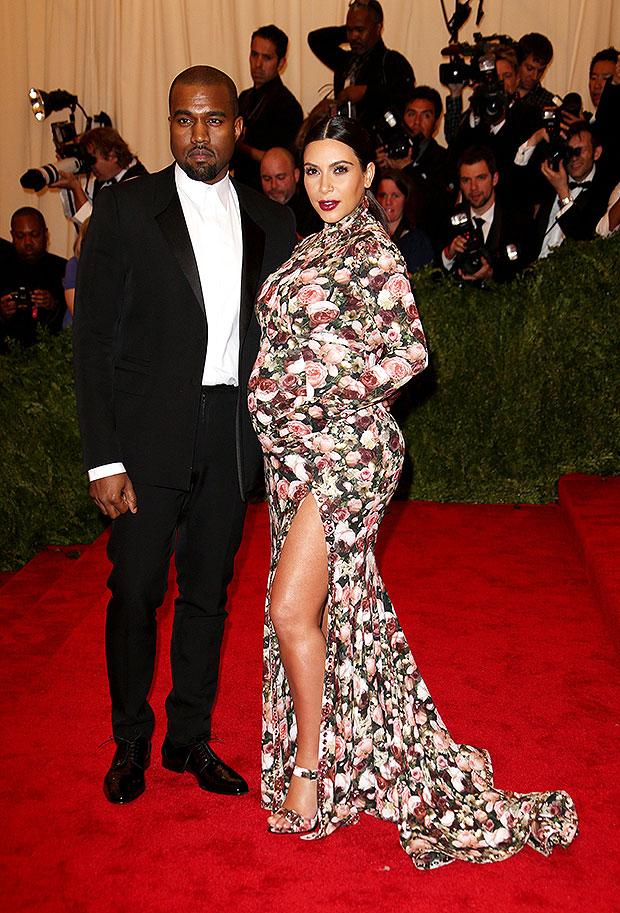 Meanwhile, Safaree looked dapper in a clean black suit with a white undershirt by Sarar USA. He went tieless, just like Mr. West did at the 2013 event. He kept his beard and hair precise, with not one single hair out of place in the photos, which were shot by New York City-based photographer, Jose Guerra. The two were styled by Blue Gem.

The rapper even gave a shoutout to his Halloween costume inspirations, Kim and Kanye. “Happy Halloween From the 2013 Met Gala The Samuels West,” he captioned one of two posts where he and Erica recreated the West’s poses on the red carpet. “Hey @kimkardashian tell Kanye I said Waddup,” Safaree directed at Kim.

In a second photo, captioned, “The Samuels West caught off guard at the Met gala in 2013,” Safaree and Erica acted out a pose by Kim and Kanye, where Ye appeared to be startled by the something as he gazed into the distance.

Safaree and Erica’s costumes were so on point that they caught the attention of Kim, who retweeted a side by side of the two couples. “This is soooo good! I sent it to the designer Riccardo Tisci and Kanye on a group chat!”, Kim tweeted.