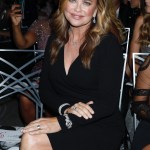 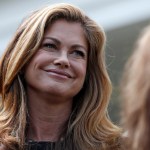 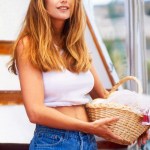 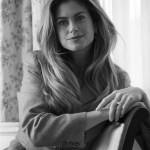 World famous supermodel Kathy Ireland gave her advice for teens trying to break into the fashion industry in an interview with HollywoodLife.

Kathy Ireland, 56, is one of the most iconic American supermodels from the ‘80s and ‘90s. And at the Daily Front Row’s seventh annual Fashion Media Awards, where she walked the red carpet with her 16-year-old daughter Chloe on Sept. 5, she EXCLUSIVELY revealed to HollywoodLife the advice she’d give to up-and-coming teens in trying to make it in the fashion industry. “What I would say to young people is to figure out what your values are and then put boundaries in place to protect them,” she spilled. “They will be challenged.”

It’s no secret that the fashion industry can be a cutthroat industry, and being in that world at such a young and impressionable age can be overwhelming. However, Kathy most definitely wants to help young talent make it in the industry — after all, she is a seasoned vet when it comes to the gig!  “’No’ is a complete sentence, and it’s helpful,” she continued. “For me it’s my faith, it’s my family, and then it’s being of service through the work. If those values are not honored, I’m a mess. I’m not effective at anything.

Kathy, who is best known for appearing in thirteen consecutive swimsuit issues of Sports Illustrated in the ‘80s and ‘90s, also revealed EXCLUSIVE details to HollywoodLife about what’s new in her life — including the release of her upcoming book!  “I have a book coming out in January. It’s my first fiction. It’s called ‘Fashion Jungle,’” she spilled. “It’s a story I wasn’t planning on telling, and I met Rachel Van Dyken; she’s #1 New York Times’ Best Selling Author, and we collaborated on it. And though it’s fiction, there’s elements of my story and girls that I worked with at the time, their stories, and it really exposes the wonderful things about the industry we’re celebrating tonight. That’s a gnarly step, too, so.”