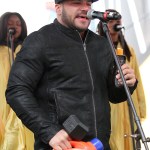 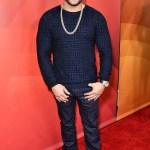 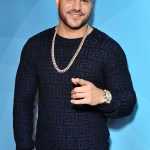 An expert broke down what kind of trouble the MTV reality star could be facing after his alleged domestic violence incident on Oct. 4.

UPDATE (11/8/19, 5:14 p.m. ET): While appearing in a Los Angeles court on Nov. 8, Ronnie Ortiz-Magro pleaded not guilty to the charges against him in connection to his arrest for an alleged domestic violence incident involving his ex, Jen Harley, on Oct. 4, according to Page Six. He was answering to seven misdemeanors, the outlet added: “domestic violence, child endangerment, brandishing a weapon, criminal threats, false imprisonment and two counts of resisting arrest.”

ORIGINAL: Ronnie Ortiz-Magro, 33, faces five misdemeanor charges after he was arrested on Oct. 4 in a domestic violence incident with longtime girlfriend, Jen Harley, 31, and their 18-month-old daughter, Ariana Sky. The Jersey Shore star was taken into custody after allegedly punching and slapping Jen, chasing her with a knife while he allegedly held their daughter in one arm, locking himself inside his AirBnB with Ariana, and eventually being tased by police. Ronnie was originally arrested for kidnapping and initially faced felony charges, but the L.A. City Attorney’s Office dropped the charges and he was hit with five misdemeanors instead, but that doesn’t mean Ronnie is off the hook yet.

Sharen H. Ghatan, Esq., California state criminal attorney, EXCLUSIVELY spoke with HollywoodLife and she broke down the charges for us along with what kind of trouble the reality star may be in. “It’s most likely Ronnie will receive a less than one year of county jail deal that will be offered. If it were me, I would normally mix it up with some community labor/service and some county jail. All the charges but one should be dropped, if the attorney can’t get a dismissal altogether. With most people doing a max of 10-20% of the time, he’ll be out in no time!”

In this latest incident, Ronnie was charged with one count of each of the following: domestic violence, brandishing a weapon, child endangerment, resisting arrest, and criminal threats. Ghatan explained that each charge carries a sentence of up to one year in county jail, but that could be dropped based on his criminal history. “Ronnie is very fortunate because domestic violence is a wobbler; meaning it can be filed as a felony or misdemeanor,” Ghatan explained. “In this instance, it appears they have kept it to the lower charge, which is a misdemeanor. It is likely kept at a lower charge since there are only scrapes and bruises. Felony offense arises when the injuries are more severe and potentially longer lasting or even permanent, such as a broken arm, fractured ankle or blind eye.”

When it came to Ronnie’s count of child endangerment, Ghatan explained, “Even the worst criminals do not want to have child endangerment on their records. This is a highly stigmatic charge. This is likely connected to the video footage that we see in which Harley is holding their young daughter, looking frightened and trying to find a safe place to hide. She was in a dangerous situation that would likely cause the toddler mental anguish. That charge carries up to one year in county jail and up to $1000 in fines, fees, and 52 weeks of parenting classes.”

However, there may be another issue due to Ronnie’s lengthy criminal history, according to Ghatan. Ronnie could be facing significantly more time because he has been arrested numerous times and on multiple charges in the past including an assault charge, drunken driving, underage drinking, possession of marijuana and traffic violations. “Ronnie would have additional time for each potential probation
violation, plus priors can most certainly push the prosecutor to offer the higher end of the time range,” she added.

After his arrest, Ronnie’s lawyer, Scott E. Leemon, told HollywoodLife, “The reporting of the alleged incident relating to Ronnie Magro yesterday is based upon pure speculation and innuendo. We are currently conducting our own investigation and will have no further comment until that has been concluded.”