John Cena is considered one of Hollywood’s hottest men, but, he says he has ‘no game’ when it comes to romance. The actor recently revealed how he can tell if he’s clicking with someone romantically!

John Cena got real about relationships in a new interview while promoting his new film, Playing With Fire. The actor, 42, made it clear that gender does not play a factor when it comes to whether or not he has romantic chemistry with someone. In his new movie, John plays Jake Carson, a firefighter who struggles with having “game,” but eventually figures out how to be smooth around the ladies.

When he was asked whether or not he has game in real life, John disputed the popular opinion that he’s the ultimate charmer. “No,” the actor simply told Entertainment Tonight in an interview published on October 27. “If I have a connection with someone, I believe we’re defined by our actions, and how you treat them is a reflection on how you will treat them in the future,” he explained.

During the premiere of his new movie, John also gushed to ET about how it was a “beautiful day for a movie premiere” with his “beautiful date,” girlfriend Shay Shariatzadeh. 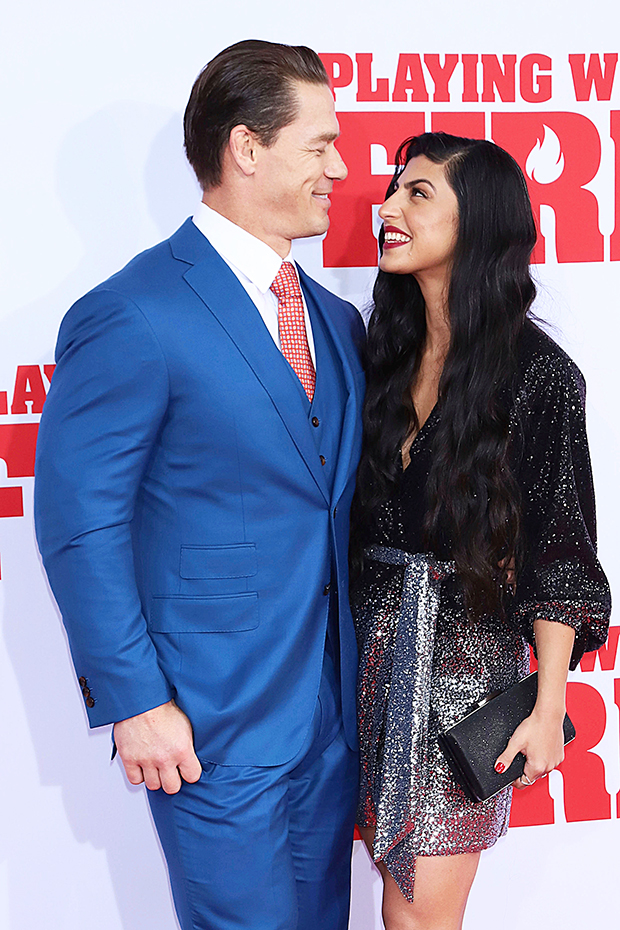 John Cena and girlfriend Shay Shariatzadeh share a sweet moment together on the red carpet at the premiere of ‘Playing With Fire’ on Saturday, October 26 at the AMC Lincoln Square in New York City. (Photo credit: REX/Shutterstock)

“What’s truly special about this one is that, no matter what projects I’m involved in the future, this one will always have a special meaning because I got to film a special project and meet someone special,” the former WWE star said.

The couple, who were first linked together in March, made their red carpet debut on Saturday during the  New York City premiere of the John’s new film, Playing With Fire. The event was held at the AMC Lincoln Square Theatre. Playing With Fire arrives in theaters on November 8.