Things got so much worse this week for Lori Loughlin in the college admissions scandal, and the toll of it appears to be affecting all aspects of her life.

Lori Loughlin, 55, and Mossimo Gianulli, 56, were dealt another vicious blow after being hit with fresh charges in the college admission scandal case on Oct. 22 from The U.S. Attorney out of Boston. They were slapped with conspiracy to commit federal programs bribery after she was previously charged with conspiracy to commit mail fraud and conspiracy to commit money laundering and wire fraud charges. The married couple have failed to agree to a plea deal with prosecutors. Now a HollywoodLife source has revealed just how much this has affected the former Fuller House star’s life as things continue to pile on.

She’s unsurprisingly not doing well. “If there is an emotion that Lori Loughlin could feel for all that she has been dealing with, she’s felt it,” our insider said. “To deal with it all, knowing she deeply disappointed her children and going through it all with her husband has been a stress filled situation like she has never felt before. It is safe to say she is an emotional wreck.”

Lori is at the point where she’d rather have her people take care of everything instead of her. “As every day passes she would love for her lawyers to deal with it but it is really taking a toll on her because it really has affected every part of her day and life,” the insider continued. “She really wants it all to be done but she knows that there is so much more to happen and she really is not feeling good about the potential results.” 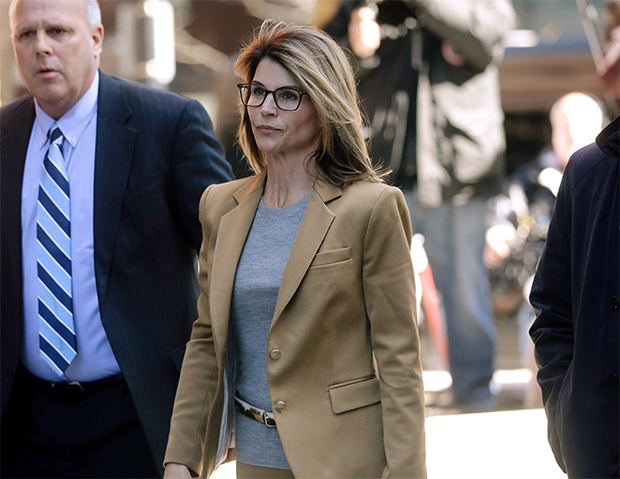 One major aspect of this case can ultimately affect the rest of her and Mossimo’s life. “Everything is still on the table concerning fighting it or looking into a plea deal,” our insider said. “It is a constant conversation she is having, the one constant is that it is all stressful.” We have reached out to Lori’s rep for comment on the matter.

Lori’s daughter Olivia Jade, 20, who went through her own public scrutiny in the wake of this trial, appears to be relying on other loved ones during this tough time. She was spotted holding hands with boyfriend Jackson Guthry while leaving a party in Los Angeles on Oct. 19 in Beverly Hills.