Kanye West could not keep his hands off wife Kim Kardashian, particularly on her infamous butt, at a major gala in New York City!

Couple’s night out! Kim Kardashian, 39, dazzled alongside her hubby Kanye West, 42, at the 2019 FGI Night of Stars Gala at Cipriani Wall Street in The Big Apple on October 24 that was also attended by Martha Stewart, 78, Laverne Cox, 47, and Vera Wang, 70. The mother-of-four stunned in a metallic purple bodycon skirt and one-shoulder bodysuit that showed off her legendary curves. She let the outfit do the talking by wearing minimal jewelry to the big event. Meanwhile, Kanye went all matchy matchy for their night out in NYC, wearing a head-to-toe denim look that he coordinated with a pair of black and white sneakers.

Their evening went from G to R-rated when Kanye got a good hold of Kim’s butt while they made their way down the red carpet! He stood behind her and patted her booty in front of several fans and photographers. The “Gold Digger” rapper’s naughty behavior continued on their way out of the event where he was once again seen with his hand on her behind! Kanye appeared to be in good spirits throughout the evening as he also struck some silly poses, like spreading his arms wide open in front of Kim, with a big grin on his face.

The Keeping Up with the Kardashians star suffered a near nip-slip earlier in the day when she almost fell out of the top of her skintight black bodysuit! She rocked the look for an appearance at a local Ulta Beauty store in the Upper East Side. 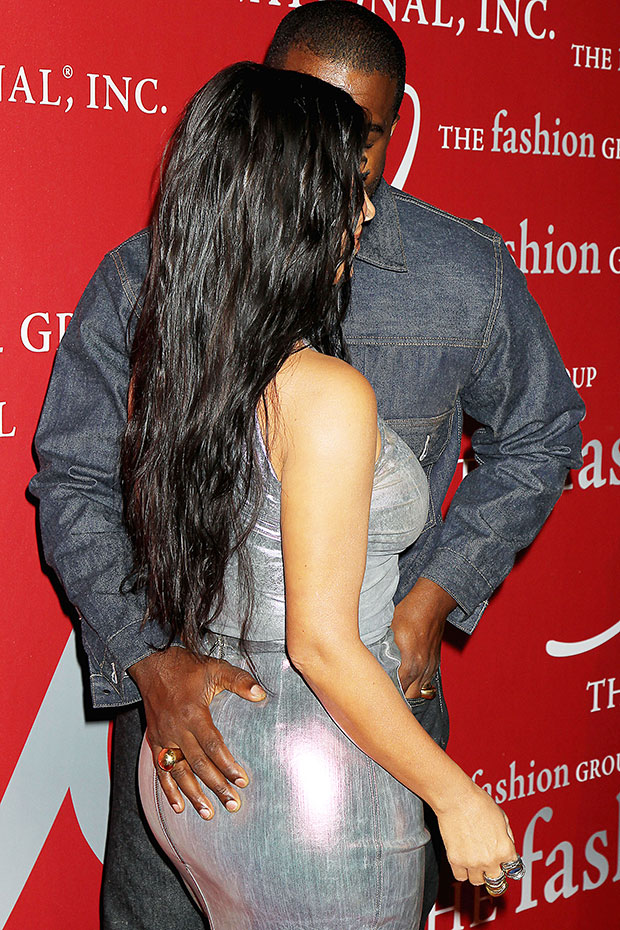 Kim and her makeup artist Mario Dedivanovic, 36, were there to celebrate her KKW Beauty line being sold at the popular retail chain. She posted several Instagram Stories of them giving a bunch of excited fans some fabulous makeovers while many others were trying to get a pic of them outside the store.

It has been an exciting week for the social media superstar as she celebrated her 39th birthday on October 21. Kanye did something huge for her special day, making a $1 million dollar donation to her favorite charities.