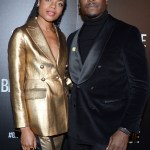 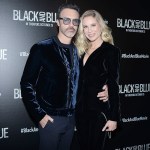 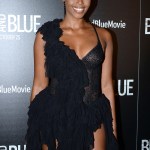 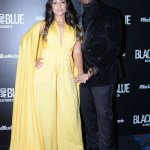 Reid Scott stars in the new cop drama ‘Black and Blue.’ HL spoke EXCLUSIVE with the actor at a special screening about his ‘conflicted’ character, working with Naomie Harris, and more.

Coming off the last season of Veep and the premiere of the CBS All Access series Why Women Kill, Reid Scott is stepping into a complex new role. He plays Kevin, a New Orleans cop in the new drama Black and Blue, which will hit theaters on Oct. 25. HollywoodLife spoke with the actor at the special screening of the film, hosted by Screen Gems and The Cinema Society, on Oct. 21 about what stood out about the role of Kevin. “I’m always interested in characters that exhibit a certain level of duality,” he told HollywoodLife. “I just think it’s fun to play two sides of a person’s personality. No one is one dimensional. So I always look for characters that have a little something more going on and Kevin was really interesting because he is a good guy, ultimately. But he’s very conflicted. He’s got a family to support. So because of that he’s maybe made some questionable associations and acted in a manner certainly unbecoming of the badge. But it’s not without reason. No one in our movie is painted as just good or bad and that was one of the things I really liked about it. There’s a real message there. Even the guys that you might call ‘the bad guys’ have a certain perspective. Those are the kinds of projects that you want to explore, something that actually peels back some layers and shows you some real humanity.”

Reid got the opportunity to work alongside police officers in preparation for the role. “The police officers and agents that I trained with were just incredible and taught me a lot,” Reid continued. “Not only about the physical side of things, but the mental side of it, what they go through day in and day out. What they’ve seen, how to not stay jaded, but also how to not take the work home with you at the end of the day. It’s a really tough job that they have.”

Most of Reid’s scenes as Kevin are alongside Naomie Harris’s Alicia West. “She’s fantastic. She’s one of my favorites ever. Most of our interaction in the movie, we’re stuck in a car together because we’re cops. There’s no better person who’s stuck in a car with in sweltering heat or pouring down rain in New Orleans. She always wants to dig a little deeper. We had wonderful conversations. We made each other laugh. We bonded really quickly. She’s an inspiring just artist to watch.I’m so happy that a role like this came along for her and for women in general. There hasn’t been a black female cop role like ever, which is weird when you think about it. But I’m really happy to be part of the movie that finally broke that ground.”

The actor is best known for his hilarious work as Dan Egan on the long-running HBO comedy Veep. Reid opened up about the differences between comedy and drama. “I don’t know that I find one easier than the other,” Reid said. “Comedy is, especially the brand of comedy that I’ve been fortunate enough to sort of exist in for the last 8, 9 years was like jazz. It keeps you on your toes. You’re constantly moving and dancing and changing key and you really have to be very malleable and it’s really exciting. It’s like you are sort of an acrobat. Drama is different, especially in a drama like this where there’s a lot of action and physical stuff going on. Everything’s very choreographed. So you’re very metered and very precise and very careful. There’s also beauty that comes with that and that you work and work and work until you get it just right. Whereas with comedy, you’re never getting it just right. You’re getting it good enough to where we found it funny, it feels good, moving on. As soon as you see it on camera, you’re like, ‘Oh sh*t, we should have done 10 different ways.’ The same is sort of true with drama, but with this, it’s more like ballet as opposed to tap dancing.”