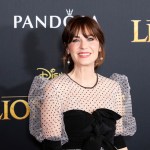 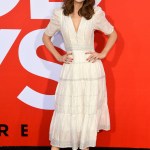 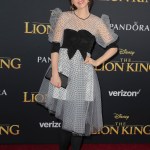 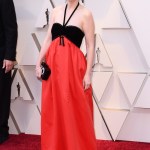 Jacob Pechenik has officially filed for divorce from wife Zooey Deschanel, citing ‘irreconcilable differences’, one month after the couple went public with their separation.

One month after starting up a romance with Jonathan Scott, Zooey Deschanel is closer to officially becoming a single woman. The actress’ film producer husband,Jacob Pechenik, filed divorce papers in Los Angeles on October 22, according to documents reportedly obtained by E! News. Jacob, 47, is asking for both joint legal and physical custody of the two children he shares with the New Girl star, 39 — Elsie Otter Pechenik, 4, and Charlie Wolf Pechenik, 2. Jacob, who has produced films like Before Midnight, The Immigrant, and Jobs, cited “irreconcilable differences” as the reason for the divorce, according to the docs, also revealing that he and Zooey had actually been separated since January 2019; they didn’t go public with their split until early September. HollywoodLife reached out to Zooey Deschanel’s rep for comment.

Jacob filing for divorce comes one day after his soon-to-be ex-wife, whom he married in 2015, made her relationship with Property Brothers star Jonathan Instagram official. Zooey and Jonathan, 41, got their scare on at Universal Studios’ Halloween Horror Nights in Los Angeles, where they took a cute pic of her screaming and jumping into his arms. They made it a double date night with Jonathan’s twin brother (and co-star), Drew Scott, and his wife, Linda Phan. The new couple have been all lovey-dovey and not shy with their PDA since news of their relationship first broke, as you can see from these EXCLUSIVE pics obtained by HollywoodLife of a September 13 outing.

The following day, we caught up with Jacob at the L.A. Loves Alex’s Lemonade Event in Westwood, where he told us EXCLUSIVELY, “Yeah, everything is amicable and we have two beautiful children together. We’ve been raising them and we’re going to continue to raise them, and take great care of get them… I’m happy.” After news of their breakup surfaced, a rep for the couple told HollywoodLife in a statement that, “we have decided we are better off as friends, business partners and co-parents rather than life partners. We remain committed to our business, our values, and most of all, our children.”