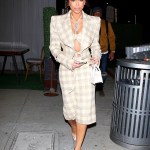 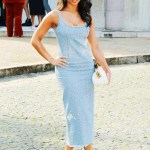 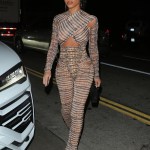 Lori Harvey’s hit and run accident could land her in jail, a top California criminal attorney tells HL in an exclusive interview, after the model hit a parked car in Beverly Hills and walked away from the scene.

Lori Harvey was not taken to jail or booked after her October 20 hit and run car accident, but that doesn’t mean the model won’t escape jail time, a California criminal attorney tells HollywoodLife EXCLUSIVELY. “[Lori] definitely could go to jail,” attorney Sharen H. Ghatan, Esq., the founder of California Legal Counsel asserted. “A hit and run is serious. Sometimes people don’t realize that it does involve jail.” However, she said, “it is going to be likely for somebody like [Lori], who probably has no priors, to resolve this with a restitution hearing — which means she can resolve this with a monetary penalty. She’s probably going to get off.”

Lori was arrested and given a misdemeanor citation by Beverly Hills police after hitting a parked car with her Mercedes G-Wagon, flipping her vehicle. The Beverly Hills Police Department confirmed in an October 21 statement to HollywoodLife that Lori was uninjured in the accident, and “had left the scene of the collision. The driver, determined to be Lori Harvey, was ultimately contacted by police in the area. Due to the fact that Harvey left the scene of the collision without providing her information or contacting police as required by law, and caused a delayed in the police investigation, she was cited for misdemeanor hit and run.”

Because Lori was given a misdemeanor citation, and not a felony, Ghatan said that her hypothetical sentencing would be lighter. “Let me tell you what’s going to determine the severity of the punishment. It’s the severity of the injury to the vehicle… that determines how many days [will be served] and whether it’s going to be in county jail or state prison… obviously, you would prefer misdemeanor over a felony because a misdemeanor carries fines and fees and county jail exposure; a felony exposes you to state prison. Now, the good news is that [Lori’s citation] appears to be a misdemeanor because it was just a parked vehicle [that she hit]. I bet it’s very light property damage; probably in the minor category.”

Whether she gets jail time or not, the attorney says that Lori would still be on the hook for damage to the parked car. “Oh, it’s not likely. She will. [Lori] will pay for the vehicle damage and if she has a good attorney, this will be gone.” Lori is due in court in Los Angeles on January 21, 2020, according to the Beverly Hills PD.