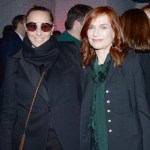 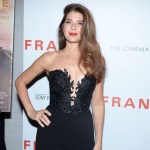 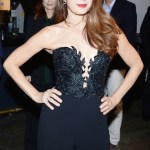 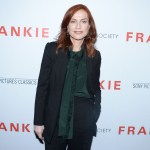 Marisa Tomei and Isabelle Huppert are the unlikeliest of friends in Ira Sachs’ Frankie, which stars the two acting giants and hits theaters on October 25. At the New York City premiere of the film hosted by Cinema Society, both Marisa and Isabella spoke to HollywoodLife.com in an EXCLUSIVE interview about working with each other on the movie, which was shot in the small resort town of Sintra, Portugal. “As we got to know each other and shared food, shared laughs, shared our Bed and Breakfast — we’re in the same very small place together — we both really care a lot about Ira and his work, and our work,” Marisa explained of creating the strong on-screen chemistry with Isabelle. “Sometimes I have to pinch myself. It’s like, oh my God, look how we’re friends, how wonderful this is!” The pair had just hugged and posed together holding hands on the carpet — so sweet!

Isabelle shared Marisa’s sentiments, and even revealed she would be going to see her perform on Broadway in her latest project, The Rose Tattoo. “She’s a great actress and things were just perfect from the very beginning,” the César Award winner gushed. The film stars Isabelle as matriarch Françoise Crémont, known to her friends and family as Frankie, who is leading her extended family on a vacation in the resort town of Sintra, Portugal. At the same time, Frankie is suffering from a terminal illness and doesn’t have long to live, making this probably one of the last trips she will have with her family. In addition to her son, step-daughter, her son-in-law and granddaughter, Frankie’s movie-industry hairstylist friend, Ilene (Marisa Tomei) comes on the trip, as well. While it was Frankie’s plan to set Ilene up with her financier son, the stylist brings her eager  boyfriend Gary (Greg Kinnear) along.

Both ladies added that Sachs was the one who brought them together on the film, with his vision guiding the way for the two characters, written specifically for the actresses. “Ira had a very clear vision of how he wanted it, which he’s very, very subtle, Ira,” Marisa said, with Isabelle adding, “It’s not a very funny story because it’s about this woman who is going to face the end of her life, and strangely, now the movie is not really sad because the woman is not treated like a victim.”

She continued, “She’s not treated like, she’s very active in a way. She wants to be in control. She wants to make sure that things are going to be in a certain way after she dies. There’s such a quietness in the film.”