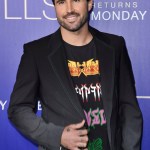 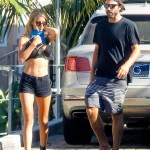 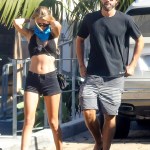 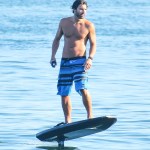 That’s not how it works, Brody Jenner. The ‘Hills’ star said that he and Liam Hemsworth are practically related now that their exes – Miley Cyrus and Kaitlynn Carter – dated each other.

Someone tell Chris Hemsworth, Liam Hemsworth, and Luke Hemsworth that they have a surprise new addition to the family. Ahead of his DJ set at the Cox Plate horse race in Melbourne, Brody Jenner, 36, spoke with Australian radio DJ Kent “Smallzy” Small on the Oct. 22 episode of Smallzy’s Surgery show. During the convo, Brody indicated that he’s an honorary Hemsworth since his ex, Kaitlynn Carter, 31, hooked up with Liam’s ex, Miley Cyrus, 26. “I heard Chris Hemsworth got himself a massive new house,” Smallzy told Brody. “See if you can try to get a tour. I’ve been trying to get access.”

“Yeah, Liam – Liam and I are like brothers now,” said Brody. “I’ll hit him up when I’m down there, for sure.” Smallzy laughed that suggestion off, adding how it was “very weird. I don’t know how that works.” Brody went on to give a major shout-out to the entire Hemsworth clan, per Cosmopolitan. “I’ll definitely hit him up while I’m down there for sure. Honestly, the Hemsworths, those guys are… I know a few of them personally, and honestly, what an incredible group of guys. They’re such a great representation of Australia and people down there, they’re such great guys.”

Brody and Kaitlynn announced their split on Aug. 02. About a week later, she was seen making out with Miley during an Italian vacation. While some expected Brody to be heartbroken about this, he seemed rather fine with Kaitlynn’s new romance. He even joked about it by posting an inspirational message to his Instagram. “Don’t let yesterday take too much of today,” he captioned the shot. His The Hills: New Beginnings co-star Brandon Lee commented, “Let’s round this scandal out and post a pic of us making out.” “Watch out!” Brody responded. “Pics of Liam and I holding hands on the beach coming soon.”

Liam hasn’t been so jovial when dealing with his split. He filed for divorce on Aug. 21, citing “irreconcilable differences,” and a source told HollywoodLife that this official breakup is “extremely hard” on the Hunger Games star. “Liam still loves Miley, and this break-up has been extremely hard for him. He took this very, very hard. Some would even argue harder than she did.” However, Liam has since found some solace in the arms of Maddison Brown. Brody, for the most part, has moved on to find love with Josie Canseco.