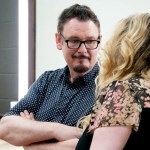 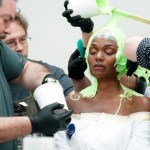 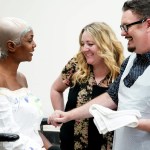 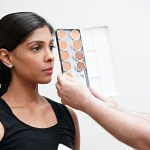 Season one of Bravo’s ‘In A Man’s World’ just kicked off for these four women trying to figure out their paths, but it’s clear in this EXCLUSIVE clip that the grass isn’t always greener on the other side.

Bravo’s newest series In A Man’s World is living up to its high expectations, not only because it has A-list names like Viola Davis, 54, and her husband Julius Tennon, 65, serving as executive producers, and Academy Award-winning special effects makeup team, Lou and Dave Elsey, behind it, but because of the powerful message that it’s sending to its viewers. In the four-part series, four women will star in her own individual episode and develop her own alter ego for two days, so she can see what it truly feels like to live in a man’s world — by physically transforming into one! After extensive coaching and training on how to look, walk, talk, and act like a man, the women go about their every day lives in the real world to see what it’s really like to live inside a man’s world. The show is getting so much buzz that KeKe Palmer, 26, and Sara Haines, 42, dressed up as men in honor of the show on a recent episode of Watch What Happens Live!

In an EXCLUSIVE clip for this week’s episode, which was obtained by HollywoodLife, we meet Shital, who “grew up in a conventional Indian-American family (and) set no limit for herself to achieve her career aspirations much to her parents’ dismay as they worry about her lack of focus on getting married and starting a family.” We see Shital place a white jumpsuit on and sit in a chair to begin her transformation. “It’s like Nickelodeon! Green slime,” Shital says while the makeup team places a layer of green slime, followed by purple, over her face. Lou and Dave make sure to continuously tell Shital what is happening as her entire face, including her eyes, get covered. The team even checks in on her to make sure she’s breathing, to which she gives a thumbs up!

Shital later reveals in a confessional that she couldn’t breathe! “I can’t breathe. I’m just gasping for air. I almost feel like somebody is crashing my windpipe. I want out. I want to rip it off.”

If you want to see what happens with Shital, tune into In A Man’s World Tuesday, October 22nd at 10 pm ET/PT on Bravo.