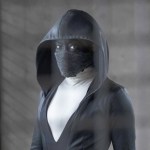 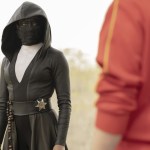 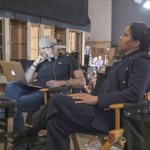 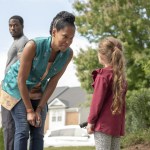 One of the most highly-anticipated series of the year has finally arrived. ‘Watchmen’ is making its big debut on Oct. 20. Here’s what to know before sitting down to watch the series premiere.

Watchmen is the must-see TV show of the fall. The new HBO series premieres Oct. 20 at 9 p.m. The show is set in the present day and takes place 30 years after the events of the comics. Watchmen is why you need to be turning on HBO every Sunday if you haven’t been already. This is the show everyone is going to be talking about. Before Watchmen premiere, HollywoodLife has rounded up key facts you need to know.

1. The series is inspired by the graphic novel but it’s not a direct interpretation. Watchmen is set in an alternate history where masked vigilantes are treated as outlaws. According to HBO, the series “embraces the nostalgia of the original groundbreaking graphic novel of the same name, while attempting to break new ground of its own.” Showrunner Damon Lindelof was also the co-creator of Lost and The Leftovers.

3. The original creator isn’t taking part in the series. Damon addressed the fact that Alan Moore, who wrote the comic, does not approve of the TV series. “Alan Moore is a genius, in my opinion, the greatest writer in the comic medium and maybe the greatest writer of all time,” Damon said at the Television Critics Association summer press tour. “He’s made it very clear that he doesn’t want to have any association or affiliation with Watchmen ongoing and that we not use his name to get people to watch it, which I want to respect.”

4. Robert Redford is playing himself. The legendary Oscar winner is President of the United States in the show. This is final a nod to the final issue of the original Watchmen comic book.

5. This is not the first Watchmen adaptation. The film adaptation was released in 2009 and starred Malin Åkerman, Billy Crudup, Matthew Goode, Carla Gugino, Jeffrey Dean Morgan, and more.