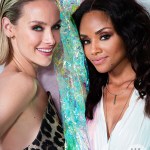 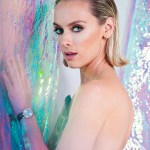 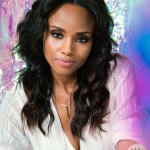 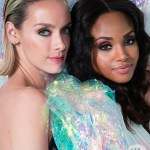 There’s still so much we don’t know about Sophie and Kate’s relationship, but ‘Batwoman’ star Meagan Tandy told HL that more flashbacks are on the way and teased more of what’s coming up.

The ending of Batwoman’s second episode featured a heartbreaking scene between Sophie and Kate. Despite Sophie promising to never lie to Kate, she told Kate that there was “no us” and to move on. HollywoodLife talked EXCLUSIVELY with Meagan Tandy about where Sophie and Kate’s relationship goes from that devastating moment. In a nutshell, things are only going to get more complicated.

Sophie has a lot on her plate, to say the least. Not only does she have a husband and her ex very much back in her life, but she’s also the right-hand of Jacob, Kate’s father. Being in the middle of both Kate and Jacob is going to cause some tension. Meagan revealed there will be more flashbacks to military school and will peel back the layers of what really happened between Sophie and Kate.

In the last episode, there was that devastating scene where Sophie tells Kate that she needs to move on. In the aftermath of that moment, where do Sophie and Kate go from here?
Meagan Tandy: I can say that Sophie is most definitely going to be exploring whether or not she actually really meant to say what she said. The thing is, Kate is back in Gotham now. She hasn’t seen her since their split and so she’s being forced into having to figure this out. Both of them will now have to take that little piece of information at the end of her saying there is no us and then hopefully they’ll get to explore and come together in the end.

I felt like during that scene there was a little bit more behind her pushing Kate away because it pained her to say those things. I wonder if there’s another reason why she had to say those things.
Meagan Tandy: The thing with Sophie is there’s so much more to why they had to split up back in military school and maybe Kate knows the full truth of it or maybe she doesn’t. I think Sophie is having to deal with that knowing that Kate may not know the true story as to why they had to split up and basically saying there is no us. It’s also representing the things and the decisions that she had to make during military school. It’s definitely very heavy.

There’s a lot of history between them, and we’ve gotten a little bit of the flashbacks. Will we see more flashbacks going forward?
Meagan Tandy: Yes. You guys are going to get a lot more flashbacks. In fact, I am extremely excited for the flashbacks. They explain a lot. I think people will really be able to grasp what happened during military school and why that decision was made when it was made.

Are we going to see the relationship between Sophie and her husband? What can you say about that dynamic?
Meagan Tandy: Because my husband and I both work at the Crows, people will definitely be able to see us together in our workplace. However, whether or not it’s the most healthy of relationships, you’ll just have to tune in and see.

Sophie has a really interesting relationship with Kate’s dad. She works for him and it’s just a very complicated relationship, especially with Kate involved as well. What can you say about Sophie being in the middle of Kate and her father?
Meagan Tandy: It’s definitely a very interesting dynamic because Jacob absolutely loves Kate. He loves everything that she stands for and does. However, she didn’t do exactly what he would’ve wanted her to do back in military school and Sophie did. It definitely just strengthened a bond. He gets to live out his dream of having Kate right there by his side. He gets to live through that through me. That dynamic definitely got strengthened after that decision was made in military school. But yes, it’s definitely a very interesting dynamic for sure.

I feel like in a sense Sophie is almost the daughter he lost. She comes in and it’s this sort of perfect scenario for him. Speaking of Alice and Beth, the first episode featured Sophie getting kidnapped and now there’s the reveal that she is actually Beth. Going forward, there is this really intense dynamic that Kate has with Alice. Will Sophie get involved with that storyline as it continues to get more and more intense?
Meagan Tandy: The interesting thing with episode 2 is this is the first time that Kate was actually having to say to Sophie, “Hey, I think Alice is Beth.” The thing is, Sophie is not entirely on board at first because the girl just kidnapped her so she’s thinking there’s no way that this could be Beth. And so Sophie is going to try to get involved and basically just try to see if this actually is a true statement. I think after a while she starts to believe Kate and now it’s just a matter of trying to convince Jacob that maybe this is Beth. She is going to try to help her in figuring it out. But I mean it’s definitely still a little awkward because she did just kidnap her.

Now that Sophie’s going to be actively trying to find out answers for herself and to help Kate, what can you tease about their working relationship? Despite the romantic past, they still need to work together. How is that going to evolve, especially with the romantic aspect still looming over them?
Meagan Tandy: It’s definitely going to be complicated for Sophie because she’s right underneath Jacob’s hand at the Crows and Jacob is super anti-Batman and Batwoman, and he’s not even convinced that Alice is Beth. So there’s that aspect and that’s your boss. Then there’s Kate, the woman who is back in her life who she may or may not still have feelings for and she’s trying to convince her that Alice is Beth. Sophie’s having to somehow try to figure out how to help Kate but also not make Jacob mad. Jacob’s pain is definitely going to create a little bit of a difficult, complicated work relationship between the three of them.

What it’s been like for you to explore the character of Sophie and dive into this universe?
Meagan Tandy: Just on the Batman side of it, I was an absolutely huge Batman fan and being a part of this world of Gotham has honestly just been such a wonderful, exciting privilege to be a part of. Exploring Sophie specifically, it’s been quite eye-opening and just amazing overall because what I’m trying to make sure that a lot of people know is that Sophie is not just like some character in the DC world and on this show, this is a real human story. Having the privilege to explore Sophie going through her emotions, going through her complications, it’s been just really, really touching for me personally. Almost every day, I’m like emotional over this stuff that I have to read for her because it’s just so real. I’m probably a little too close to Sophie, honestly, but I love her so much and it’s been so much fun to explore this character.