Wendy Williams was sizzling in denim shorts during a night out in LA on Thursday! The talk show host, 55, dressed casually for her post-Hollywood Walk of Fame star ceremony celebrations in a yellow printed tee and short shorts. She let her wavy blonde hair down as she stepped out in a pair of black Chanel combat boots.

The mother of one was joined by her close friends and son, Kevin Hunter Jr.,19, on her monumental day. Wendy held hands with her 19-year-old son, who was dressed in all black, in photos from the outing. The group’s festivities included a tasty meal at celebrity hotspot, Mr. Chow, followed by a night of partying at Poppy nightclub.

Earlier in the day, Wendy stunned in a black sheer dress with white star patterns at her star ceremony on the Hollywood Walk of Fame. The host, who wore Kim Kardashian‘s Skims shape wear underneath her Dolce & Gabbana gown, was honored for her decades of work in entertainment, television and radio. In her emotional speech, Wendy thanked her son for always treating her like “just mom,” despite her wild career. 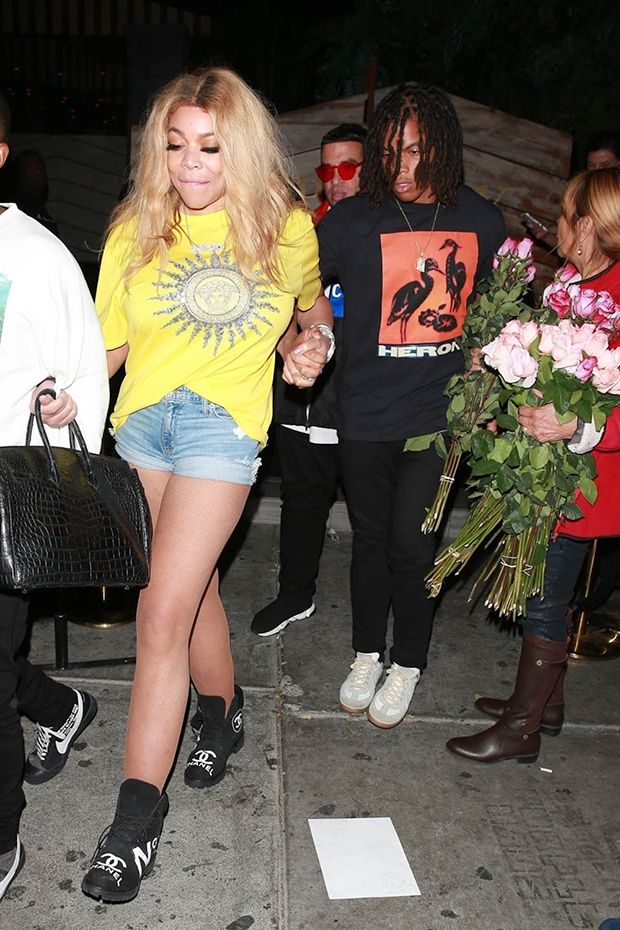 Despite loving LA, as seen in the above photo, Wendy also admitted in her speech that she’ll always be a New York/New Jersey girl. The host is set to return to the east coast to resume season 11 of her hit daytime talk show on Monday, October 21.

Wendy, who is single and dating, also divulged what it takes to date her when cameras caught up with her following the ceremony. There’s two requirements she told TMZ. — “Good conversation and a heavy credit card.” And, we’d expect nothing less from the queen of daytime TV!