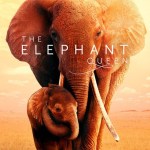 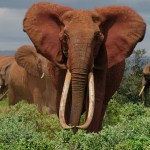 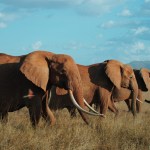 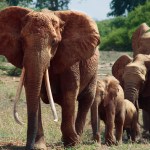 Apple TV+’s latest documentary is more than just a film about wildlife. It’s a breathtaking intimate look into a family of African elephants and a life and death fight for survival.

If you didn’t love elephants before you saw Apple TV+’s new documentary, The Elephant Queen, you’ll adore them by the time the credits role. Brought to screen by husband and wife filmmakers Victoria Stone and Mark Deeble, it charts the journey of matriarch Athena, who travels across the African bush during a time of extreme drought to find water for her family. What the British couple – who have made East Africa their home for the past three decades – captures is the interdependency of creatures in the wild; from the elephant to the bullfrog, and the animals and insects in between.

Narrated by 12 Years A Slave star Chiwetel Ejiofor the doc took four years to film in Kenya’s Tsavo East National Park. In an EXCLUSIVE interview Victoria and Mark explain to HollywoodLife why elephants like Athena need you more than ever:

HollywoodLife: Why are you so fascinated by elephants?

Mark: “It is the only subject I think, that we go back to and film again. Just because even after four years, living with them in the bush, you feel you’re only just scratching the surface. They are extraordinary animals and the more time you spend around them, the more you get to know them. You get to almost read their minds.”

Victoria: “For me it’s just their emotional intelligence. So, when you’re watching them, especially within a sort of female family group, it’s like watching people. The way in which they are reacting, relating, I think you read it, a lot of it, through the trunks. The way in which they use their trunks sort of literally, to push another elephant out of the way, to protect, to keep cool, to trumpet… There’s just tiny gestures…”

Mark: “[We] went into Amboseli National Park when there was an extreme drought… and it was seeing how [their] babies were dying, the matriarchs are really suffering, and it was seeing how they coped as a family, that we thought, OK, there’s so much going on here just almost internally in the elephant’s mind. [At] the same time, elephants were being heavily poached. The whole elephant population has been thrown into crisis and we thought… we need to do something.”

HL: According to the World Wildlife Fund there were [up to] 5 million African elephants in the wild in the last century, and there are now just 450,000.

Mark:  “And we’re still losing them faster than they can breed.”

Victoria: “They really need us all. If we want to share this planet with them, they need us.”

HL: The search for water seems to be the main theme in The Elephant Queen. Is that deliberate?

Mark: “Our main thing was to really show people what happened to an elephant family. And, because we strongly believe that if people are shown, not told, then if you have that realization yourself and if you see what happens at a time of drought; and then you hear that droughts are going to become more frequent, and you make that association with climate change, it sort of somehow hits a lot harder.”

HL: On one level the film’s a cute story – albeit with a bit of some sadness in between – but what’s the message you’re trying to get across?

Victoria: “To be involved… It’s almost like a love story. It’s a human story… When are we all motivated to do something, when we love something or when we understand something and we feel compassion… I think we feel that if the film can then harness that compassion and drive people to ways in which you can live the other side of the world, but you can still make a contribution through those who are doing amazing work on the ground.”

The Elephant Queen is released in select theaters on Oct. 18 before making its debut on Apple TV+ on Nov. 1.