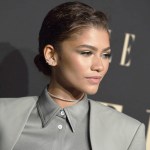 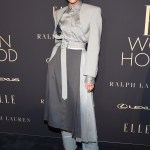 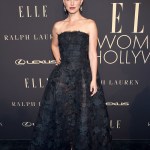 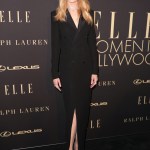 ‘The Politician’ is Netflix’s latest hit and it has already been renewed for season 2. Rahne Jones spoke EXCLUSIVELY with HL about getting the role of Skye, her dream season 2 guest stars, and more.

Rahne Jones is an absolute scene-stealer in The Politician as Skye. The role marks Rahne’s first major acting gig. HollywoodLife talked EXCLUSIVELY with Rahne at Elle’s Women in Hollywood Awards on Oct. 14 about becoming part of the Ryan Murphy universe. “Well, first of all, I cried my eyes out thinking — are you serious? How does this happen? I was just so floored,” Rayne said about her reaction to learning she would play Skye. “Each day working with them, it was like a master class in creativity, and not only that but collaboration. I mean, I got to work with people like Janet Mock and Helen Hunt behind the camera and Gwyneth Horder-Payton, just amazing women who also bring so much to the table. It was overwhelmingly great.”

The Politician has already been renewed for season 2 and the first season included American Horror Story and American Crime Story fan favorites Jessica Lange and Judith Light. Rahne already has some thoughts about who from the Ryan Murphy universe she’d like to see in season 2. “I would love Angela Bassett. She’s the queen. I love her so much,” Rahne said. “And Sarah Paulson. Just literally everyone. Just like one big Ryan Murphy family over on The Politician.”

The first season of The Politician was one wild ride and left fans anxious for what lies ahead in season 2. “When I read the script, I thought it was absolutely brilliant,” Rahne said. “There were a lot of twists and turns. I was like, ‘What is this show going to look like? What is this?’ And then every week we would get more and more scripts. It was just like, ‘Wow, I didn’t know it was going to go in that direction.’ Brad [Falchuk], Ryan, and Ian [Brennan] are brilliant writers and I was just grateful for the opportunity. The fact that they thought of the character Skye and her representation, it meant a lot to me for sure.”

Like the rest of us, Rahne is a huge fan of Ryan and his team’s projects like American Horror Story and Glee. “It was just an honor and a privilege. I was humbled that they even thought that I was good enough to be in their universe,” Rahne continued. The Politician season 1 is currently streaming on Netflix.