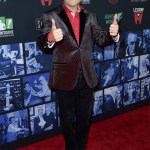 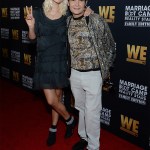 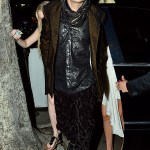 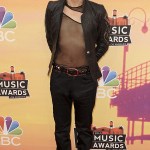 Corey Feldman admits he went ‘through every kind of abuse you can imagine’ in this EXCLUSIVE sneak peek at the Oct. 18 episode of ‘Marriage Boot Camp.’

Corey Feldman, 48, expands on what he means by his history of “abuse” in this EXCLUSIVE sneak peek at the Oct. 18 episode of Marriage Boot Camp: Family Edition. Although he landed major roles in ’80s classics like The Goonies and Lost Boys, Corey confesses that when he was younger, he “went through every kind of abuse you can imagine” — from his mom, allegedly, “first and foremost.” Corey says she was “crazy crazy,” allegedly telling the young actor at the time that she “hated” him and wanted him “dead.”

But he also talks about suffering abuse from “everybody,” after being “picked on and bullied and beat up” at school. “I did more damage to myself than anybody could’ve done to me. And that was because I was in so much pain,” Corey tells his stunned co-stars. But his troubled home and school life spiraled into something even more dark.

“I did drugs because I was abused by a pedophile,” Corey reveals in Thursday’s episode. He continues, “I swear to god. He was a Hollywood lawyer.” The former child actor adds that the unnamed man “took advantage of him,” and once Corey “got strong enough to get him away,” he turned into “an addict.” You can watch Corey detail his past even more in the rest of the teaser above.

Corey has long been outspoken against an alleged pedophile ring in Hollywood, and even announced that he finished filming a documentary to expose predators in the industry in Aug. 2018 (it has yet to be released). Although Corey didn’t disclose the name of the Hollywood lawyer he accused of abuse, he has previously alleged that former Hollywood teen club owner Alphy Hoffman sexually molested him in the ’80s, which he claimed in a 2017 episode of Dr. Oz. In the Oct. 11 premiere of Marriage Boot Camp: Family Edition, Corey talked even more about his difficult childhood, saying that he was “working every day” from the age of three.