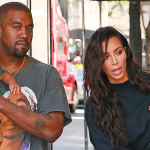 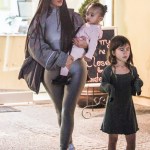 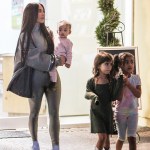 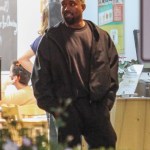 After months of planning the perfect Mugler dress, Kim Kardashian wasn’t about to skip the Met Gala — but she had a plan in case 5-month-old Psalm West came early!

Kim Kardashian, 38, was more than committed to this years’ Met Gala! The reality star literally owned the Camp theme in her wet look by legendary designer Thierry Mugler, which was his first creation in two decades, and an epic corset by Mr. Pearl. Timing was tricky, however, as the Met Gala was on May 6, falling within days of her surrogate’s due date. To complicate matters, the gala is in New York and Kim resides in Los Angeles — but she had plans in case little Psalm West arrived early!

“My attorney has my sister [Khloe’s] number,” Kim explained to her surrogate at a doctors appointment on Keeping Up With The Kardashians. “I’m gonna be with two of my sisters, and my mom and my husband. Khloe is hoping that this will happen while I’m gone because she wants the baby…I just hope she doesn’t have the baby early.” Kim attended the swanky gala with her husband, Kanye West, younger half-sisters, Kendall Jenner, 23 and Kylie Jenner, 22 and mom Kris Jenner, 63. Khloe, however, remained in Los Angeles with her daughter True Thompson, 1 — and was on-call if anything happened.

“I just have to get to the Met and back before the baby comes,” Kim continued in a confessional on Keeping Up With The Kardashians. “[My surrogate] is due in eight days, but I’m gonna stay committed to the Met. I mean, it has taken eight months to get our Met look perfect, and I committed to it and I can’t miss this.” The skintight look was certainly a conversation starter, but Kim later revealed it was uncomfortable and literally made a trip to the bathroom impossible!

The mom-of-four’s nerves continued as she was getting her makeup done for fashion’s biggest night. “My anxiety is through the roof. But luckily I haven’t heard from my surrogate so I hope there’s no emergency today, and we make it through tomorrow when we get home,” Kim confided in her makeup artist, adding in an earlier confessional that she was sometimes “forgetting” she has having a fourth child and was stressed about “handling it all.”

Psalm — Kim and Kanye’s fourth child — was eventually born just days after, on May 9. The super couple are also parents to daughters North, 6, and Chicago, 1, and son Saint, 3, making for one busy household!