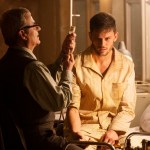 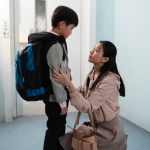 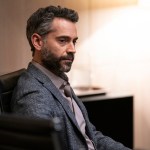 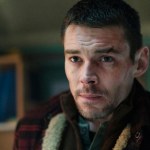 ‘Treadstone’ is the new action-packed series you’re going to be obsessed with. HL spoke EXCLUSIVELY with showrunner Ben Smith about expanding the ‘Bourne’ universe, what we can expect, and more.

Treadstone premieres Oct. 15 and is set amidst the CIA black ops program Operation Treadstone. The all-new series explores the origin story and present-day actions of the covert program that uses behavior modification protocol to turn recruits into nearly superhuman assassins. The first season of Treadstone follows sleeper agents across the globe as they’re mysteriously “awakened” to resume their deadly missions. HollywoodLife talked EXCLUSIVELY with showrunner Ben Smith about the new series. Even if you haven’t seen any Bourne movies, you’ll still be able to enjoy Treadstone.

“We’re not doing Jason Bourne here,” Ben said. “This is a different story within the world. We have different characters. We’re set in many different locations. There is some commonality. We do have a premium on action. There is a lot of grounded action in our show, so fans can definitely expect that. We have a lot of emotionally character-based stories, which is also something that is a premium with Jason Bourne. We go to a lot of different locations. There’s an aspect of a Bourne film which is kind of a travelogue. We do travel a lot in the films, and in this show, we traveled to locations all over the world. So there are commonalities with the films but it’s very different in terms of its storytelling and the stories that we are telling.”

Ben was one of the producers of The Bourne Legacy and Jason Bourne. He talked about getting the opportunity to expand the franchise and show a new side of this universe that’s uncharted territory. “It’s been something that I’ve been deeply involved with for most of my professional career, and to expand upon the Treadstone world has been beyond rewarding,” Ben continued. “To create and to be a part of building out these stories which have such emotional resonance and the idea of when we meet SoYun and she’s a housewife living in North Korea is amazing unto itself. Discovering along with her that she is a Cicada agent and getting woken up, which is an intensely personal story of awakening, and I think everyone can identify with that. And then telling this geopolitical backdrop story that is connected and all of the characters are connected, even though they don’t know it but the audience does, that’s fun. I know when I’m watching a TV show, I like a lot to dive into and to think about. I think when you look at a show like Lost or Game of Thrones there was a lot to sink your teeth into. That was one of the concepts in terms of creating this as well.”

While many of the characters are spread out all over the world, their lives will continue to become more intertwined. You better buckle up because Treadstone is going to throw a lot of twists and turns our way. “There is some convergence in the characters that you will see,” Ben continued. “I will say that there are a lot of twists for each character. Our Cicadas who are awakening from Bentley to Doug to SoYun, where they start the show and where they end it, it is a complete turnaround for everyone. It’s exciting to see all of the twists and turns that will unfold because they do.”

Ben admitted that the casting process for Treadstone was “extensive.” Getting the right actors for these roles was crucial. “We had casting agents literally all over the world and we were lucky,” Ben told HollywoodLife. “We had an incredible talent base to choose from. For each one of the roles, it was an extensive process but exciting. To cast SoYun, we had a casting agent in South Korea. Ultimately, we found Jeremy [Irvine] from a casting agent in London. And, specifically, when Jeremy read for the role and when we talked to him, he had just come back from some crazy training. After we had the conversation with him, we couldn’t have been more thrilled to cast him. In that same type of being wowed by people’s reading of their characters, and then their deep connection with what their characters were doing, every one of our cast had personal reasons why they wanted to do this. It worked out to be fantastic. So we have a lot of great discoveries.” The series also stars Han Hyo-joo, Brian J. Smith, Tracy Ifeachor, and more. Treadstone will air Tuesdays at 10 p.m. on USA Network.