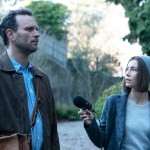 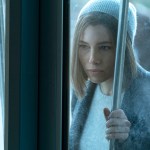 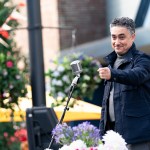 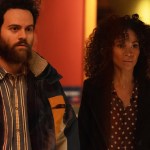 ‘Limetown’ debuts on Oct. 16 and HollywoodLife has an EXCLUSIVE preview of the all-new Facebook Watch series. Jessica Biel’s character dives deep into investigating a huge mystery.

Jessica Biel’s character Lia Haddock, a journalist for American Public Radio, heads to the town of Limetown to investigate the mystery behind the disappearance of over 300  people at a neuroscience research community in Tennessee. What happened to the people of Limetown? That’s what Lia wants to find out.

In our EXCLUSIVE preview, Lia talks with a woman who reveals that every night there’s a different person drawing at her workplace. There’s also a man who just sits in another room every night. The woman witnesses the man drawing something and the other person mimicking his exact movements.

“There’s something else here,” the woman says. “Their movements are the same.” The drawings are identical, including the mistakes. “How would that be possible?” Lia asks. The woman says it’s the man. “He speaks to me but he does not open his mouth. I hear his voice like he is standing next to me but he is not. The only sound is in my head and then he says, ‘Go home. You know what you saw here and you’ve seen what you needed to see.'”

Limetown is a new Facebook Watch series debuting on Oct. 16 at 12 p.m. PT/3 p.m. ET with two new episodes. New episodes will be available every Wednesday on the Limetown Facebook page.