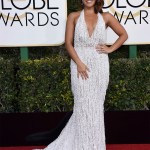 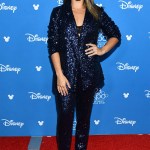 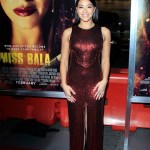 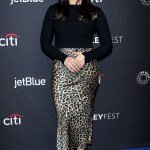 Gina Rodriguez took to her Instagram story on Oct. 15 to officially apologize to followers she offended after using the N-word while singing along to a Fugees song in a previous Instagram story.

Gina Rodriguez, 35, wants her fans to know she’s “really sorry” for putting an Instagram story up that showed her the N-word. The actress posted an apology video in another Instagram story she posted on Oct. 15 and it referred to the now deleted post she shared earlier in the day that showed her singing along to the 1996 Fugees song “Ready or Not” while getting her hair and makeup done. In the original clip, Gina can be seen looking into the camera while one person fixes her hair and another applies eyeliner as the song plays in the background. “Voo doo I could do what you do, believe me, n*ggas give me hee-bee-gee-bees,” she sings along before laughing.

After the clip caused an outrage from some followers, Gina was quick to post her apology. “Hey, what’s up everybody — I just wanted to reach out and apologize,” she said in the video. “I am sorry. I am sorry if I offended anyone by singing along to the Fugees, to a song that I love, that I grew up on. I love Lauryn Hill. And I really am sorry if I offended you.”

Although the Jane the Virgin star, who is Puerto Rican, most likely didn’t mean any harm from singing along to the popular song, many followers were quick to point out on Twitter that her actions were inappropriate largely due to a previous controversy she faced after making comments about women of different races, including black women, during a panel at NET-A-PORTER in 2018.

2. OMG, it is 2019 and public figures still don't know how to apologize…which makes me think she's not really sorry.

Gina Rodriguez does the "sorry if I offended anyone," bit.

And then she goes on to bring up the song as if that justifies it. pic.twitter.com/0zv0CEqta6

Many took notice of the comments and they sparked an outrage, especially from the black community, who clapped back by pointing out the Latina actress Sofia Vergara was the highest paid TV actress in 2018. Gina also received similar backlash when she tweeted about the cast of the 2017 film Black Panther. “Marvel and DC are killing it in inclusion and women but where are the Latinos?! Asking for a friend…” the tweet read.

Responses reminded her of the deep meaning that Black Panther has for the black community and accused her of overlooking that. They also disagreed with her claim that there were no Latina actresses in the Marvel mix when they brought up Afro-Latinas Zoe Saldana, who starred in the Guardians of the Galaxy and Avengers films and Tessa Thompson, who starred in Thor: Ragnarok, Avengers: Endgame, and Thor: Love and Thunder.