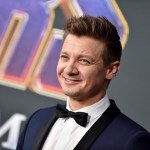 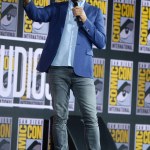 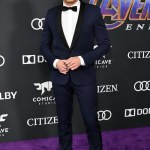 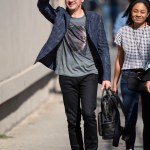 Jeremy Renner’s custody battle has taken a dark turn. His ex-wife, Sonni Pacheco, claims in legal papers that the ‘Avengers’ star threatened to kill her before taking his own life, an accusation Jeremy has vehemently denied.

Amid the custody battle over their six-year-old daughter, Jeremy Renner’s ex-wife, Sonni Pacheco, accused the Avengers: Endgame actor of putting both her and his lives at risk. TMZ reports that it has obtained legal documents in which Sonni claims Jeremy has openly thought about killing her. The documents reportedly detail one incident where Jeremy, while out in a nightclub in Nov. 2018, allegedly told someone he “could not deal with [Sonni] anymore, and just wanted her gone. Jeremy, according to TMZ‘s reports of Sonni’s allegations, also allegedly put a gun in his mouth in one instance. After allegedly threatening to kill himself, he fired the gun into the ceiling – while his daughter, Ava, was asleep in her bedroom.

Sonni, according to TMZ, also accuses Jeremy of plotting a murder-suicide. Their nanny allegedly overheard Jeremy once say he was going to go over to Sonni’s house to kill her, then himself, because “it was better that Ava had no parents than have [Sonni] as a mother.” In addition to these shocking allegations, Sonni claims that Jeremy has a history of substance abuse, as well as a history of verbal and emotional abuse. HollywoodLife has reached out to Jeremy’s rep for comments on this and is working to obtain the documents to verify these alleged claims.

Jeremy has denied these allegations. “The well-being of his daughter Ava has always been and continues to be the primary focus for Jeremy,” a rep for Renner told TMZ. “This is a matter for the court to decide. It’s important to note the dramatizations made in Sonni’s declaration are a one-sided account made with a specific goal in mind.” Jeremy also has disputed the claims of substance abuse. TMZ reports that Jeremy insists that he does not abuse drugs or alcohol, and claims that he’s submitted to random drug testing for 3 months to prove it. Renner, according to TMZ, claims that those tests all came back negative. He also claims, according to TMZ’s report, to have haired a mental health specialist to monitor his visits with Ava.

Right now, the two parents share joint custody of six-year-old Ava. Sonni has asked the judge presiding over the custody battle to change it and award her sole custody of their little girl. She wants Jeremy to be restricted to “monitored visitation, according to TMZ’s reports of Sonni’s claims.

Jeremy and Sonni welcomed their daughter in March 2013. The Avengers star and the Canadian model were married the next year, on January 13, 2014. It wouldn’t last. She filed for divorce, citing irreconcilable differences, in December of that year. The couple finalized the split in December 2015, with Jeremy reportedly agreeing to pay Sonni $13,000 a month in child support, per Us Weekly.