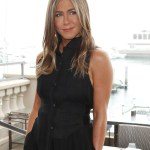 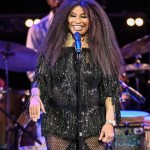 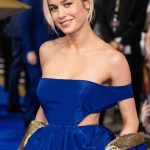 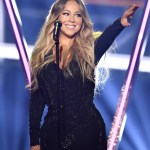 Niecy Nash opened up about who she looks up to, why women need to get involved in politics and more in an EXCLUSIVE interview with told HollywoodLife at Variety’s ‘Power of Women’ luncheon on Friday, Oct. 11.

When it comes to politics, Niecy Nash, 49, wants to see women taking action. “[Women] have to lean in. Whether that’s through volunteering, through social platforms, or forming other groups in terms of alliances,” Niecy told HollywoodLife EXCLUSIVELY at Variety‘s Power of Women luncheon at the Beverly Wilshire Four Seasons Hotel in Los Angeles on Friday, Oct 11. “I think that you have to find groups and people who’s agendas you support. You have to show up.”

Niecy hasn’t been a stranger to politics lately, particularly given the subject matter of her popular upcoming F/X series Mrs. America. The highly anticipated drama, which also stars Cate Blanchett, Rose Byrne and Sarah Paulson, follows a group of women as they attempt to ratify the Equal Rights Amendment in the 1960s. “So many things [in history] are repeating themselves…it’s interesting how some of the things that happened in the 70s are playing out all over again,” Niecy teased about the show. “I think [women] collectively are at a different space and a different place and can use all our different platforms.”

Mrs. America and her Netflix series When They See Us both mark a career shift for Niecy, who has seen most of her success as a comedian: while Mrs. America isn’t expected to debut until 20202, When They See Us ended up with an Emmy win for her co-star Jharrel Jerome, and a whopping 16 nominations in total. “It confirmed for me that [I could] do dramatic work. A lot of people are like, ‘you’re a comedian, stay in your lane’ and I’m like ‘don’t put baby in a box. I can do many things’,” Niecy shared. “So the fact that I did the dramatic work and then got nominated for it, it was almost like a double dip…I didn’t see 16 Emmy nominations while we were in it [working].”

The swanky Variety luncheon was presented by Lifetime and honored several high-profile women, including Mariah Carey, Jennifer Aniston, Chaka Khan, Awkwafina, Brie Larson, and Chairman of Disney Television Studios/ABC Entertainment Dana Walden. As for what makes a woman powerful, Niecy was more than happy to share her own definition. “I think that when you lay hold of your gifts, and you use those gifts to make change in the world — that’s what makes a woman powerful,” the comedian added. “All of these women here today are agents of change. That’s special.” The event specifically honored the six selected women for their philanthropic and humanitarian efforts, including Jen’s longtime work with St. Jude’s Children’s Hospital and Mariah’s Camp Mariah program.

Niecy herself has had several iconic women to look up to — but no female comic inspired her more than the legendary Carol Burnett, 86. “So many people [inspired me]. But Carol Burnett was definitely the one. I was a big fan,” Niecy gushed. “I just feel like there’s nothing she can’t do. And she didn’t just belong to one specific group of people. Her comedy was universal, and that’s what I love about her.”